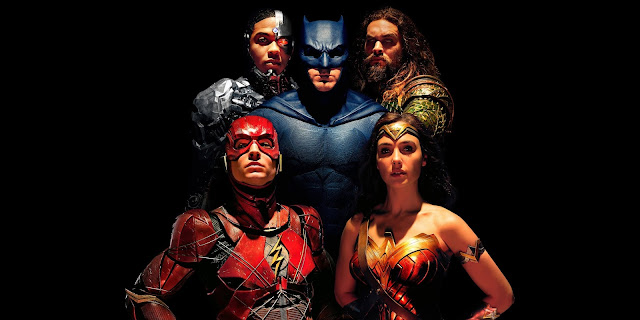 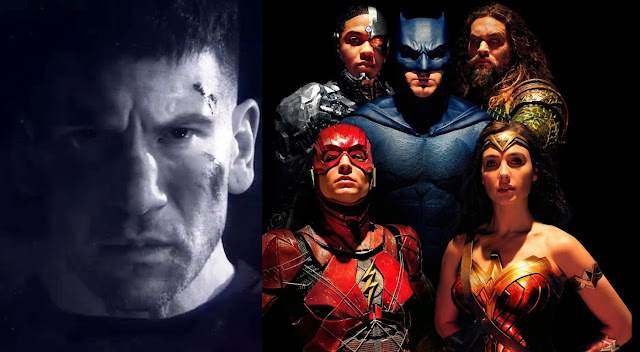 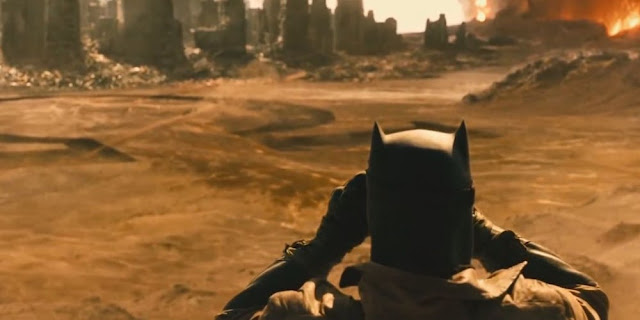 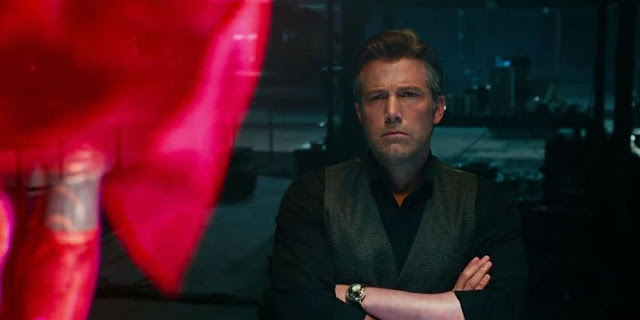 WHY BATMAN IS STILL OBSESSED WITH SUPERMAN 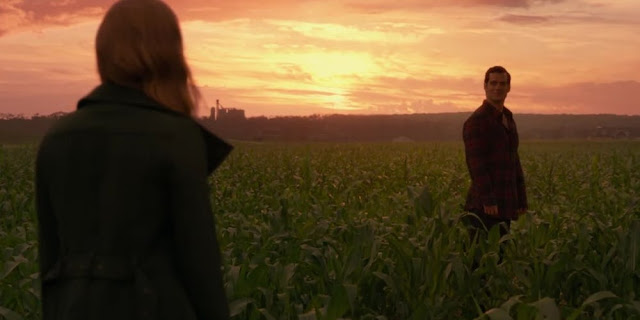 IS LOIS LANE THE KEY TO SUPERMAN'S RETURN? 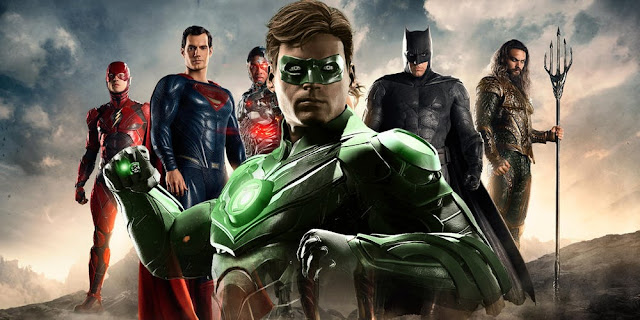 WHERE IS THE DCEU'S GREEN LANTERN DURING JUSTICE LEAGUE? 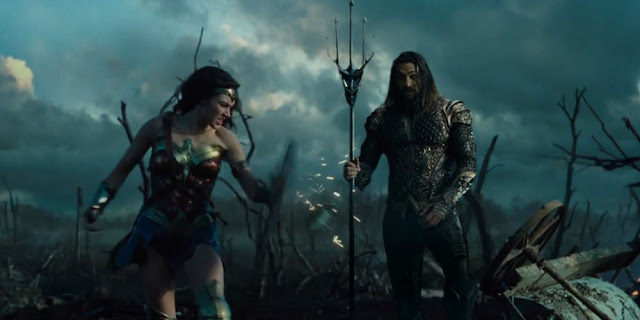 WILL WONDER WOMAN AND AQUAMAN FIGHT IN THE FLASHPOINT MOVIE? 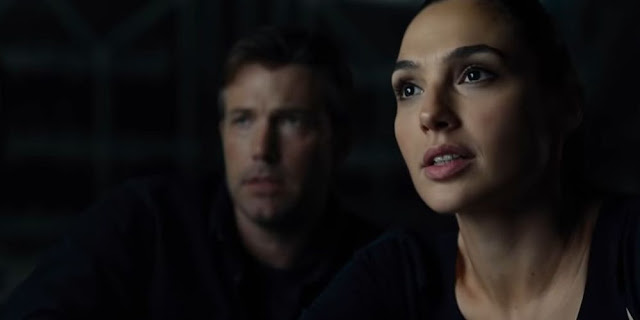 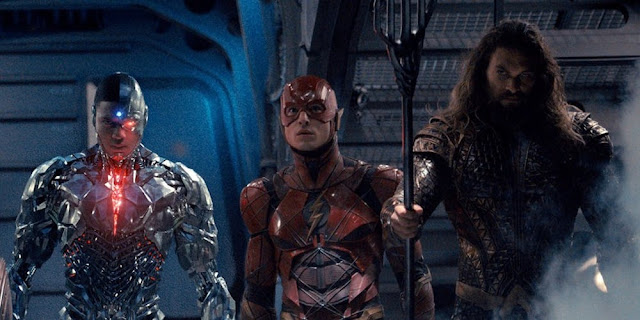 HOW JUSTICE LEAGUE'S FATE DEPENDS ON AQUAMAN, CYBORG AND THE FLASH
Posted by Back of the Head at 3:15 PM

In the grey, polluted skies above Los Angeles circa 2049, and in the filthy streets below hunts the lonely Replicant. He knows what he is. Everyone around him knows what he is. He is a Blade Runner; a cop who hunts down and 'retires' other robots of his kind. How he feels about this - how he feels about anything - he keeps to himself. "This one doesn't even smile," a pleasure model Replicant (Mackenzie Davis) says to him. He does, sometimes. In the spare moments of his life when he finds Joi (Ana de Armas).

K (Ryan Gosling), the Replicant in question, finds the meaning of his entire artificial life challenged in Blade Runner 2049. A sequel that should never have been made. A sequel that should never be, but is - a magnificent, immersive, visually impeccable, wondrous tour de force by director Denis Villeneuve and producer Sir Ridley Scott, the father of the original Blade Runner. Villeneuve achieved the impossible and crafted a follow up to one of the most acclaimed science fiction films ever made that honors everything that has endured for 35 years while going further, deeper, and grander. In 1989, Tim Burton's Batman was hailed as "The Movie of the Decade" as a marketing tool. Blade Runner 2049 is The Movie of the Decade.

Villeneuve's Los Angeles, 30 years more stark, bleak, apocalyptic, and exceedingly beautiful than Scott's vision of 2019, is lonely, brutish and cold, populated by haggard life, both 'real' and artificial. It's a world where a man-made machine falls in love with a man-made hologram, but that love is as real and quantifiable as anything else, even if human beings scoff that both machines lack 'a soul.' Though women are hyper-sexualized in holographic advertisements and in the public statues of a desolate, abandoned Las Vegas, it's the men who are utterly broken inside.

Every important male in the movie, from K, to Sapper Morton (Dave Bautista) the poor Nexus 8 model Replicant he retires to kick off the film, to Niander Wallace (Jared Leto), the blind, prophesying billionaire tyrant who manufactures Replicants but yearns to profit from them being able to create themselves, is a pitiable creature in their own right. The women of this world, real and artificial, are made of stronger stuff, from K's one true love, the sprightly hologram Joi, to his stern but fair LAPD Lieutenant Joshi (Robin Wright) to the Replicant revolutionary Freysa (Hiam Abbass) to the bright and isolated programmer of Replicant memories Dr. Ana Stelline (Carla Juri) to the villain of the piece, Luv (Sylvia Hoeks). It takes a special kind of Replicant to inherit the torch of Best Blade Runner Baddie from Roy Batty (Rutger Hauer) in the original, but Luv is a revelation as Wallace's stunning yet brutal enforcer, desperate to be seen and loved by her creator. When Luv overwhelms K in their climactic fight, she announces with glee "I'm the best one!" and she is. From Wallace with Luv.

The world of Blade Runner 2049 is on the cusp of a revolution K unwittingly finds himself at the center of when he finds a literal box of bones. The mysteries tie to the disappearance of the main characters from the original film, Rachael (Sean Young, who reappears as she looked in the 1982 original thanks to computer-generated magic) and Rick Deckard (Harrison Ford), the original titular Blade Runner. K wishing that what he finds about himself is true is the deeply moving through line upon which all of his actions hang, and his investigations leads to violence, more questions, and ultimately to Deckard himself. The fight, they drink, they bond, they are ripped apart violently. In the end, most (but not all) questions are answered and Deckard is given the gift of family he was forced to abandon for 30 years. Ford has revived his most beloved and iconic 80's film roles like Indiana Jones and Han Solo in the last decade, but his performance as Deckard is his best, most gripping, emotional, and resonant. "Who am I to you?" Deckard asks K in the final moments of the film. K smiles, unable to find the words. The final moment of Blade Runner 2049 is Deckard facing his daughter, separated by a wall of glass, the weary and sad old model facing the bright and hopeful future, while K lies in the snow, ready to retire, having lived and shown us things we people wouldn't believe.
Posted by Back of the Head at 9:49 AM