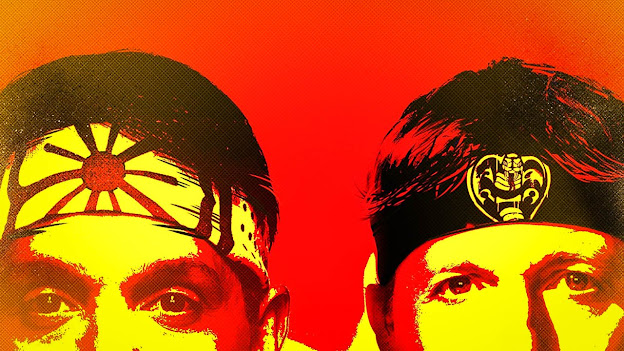 As a lifelong fan of The Karate Kid and someone who dreamed of being taught by Mr. Miyagi, Cobra Kai is the show I'd waited for most of my life. And now it's not only here - and it's awesome - but I get to write about Cobra Kai for Screen Rant as my job. Here are all my Features about Cobra Kai SENT TO THE INTERNET! Let Daniel LaRusso teach you focus and let Johnny Lawrence teach you the way of the fist.
COBRA KAI THEORY: JOHNNY WILL RUN MIYAGI'S DOJO IN SEASON 3 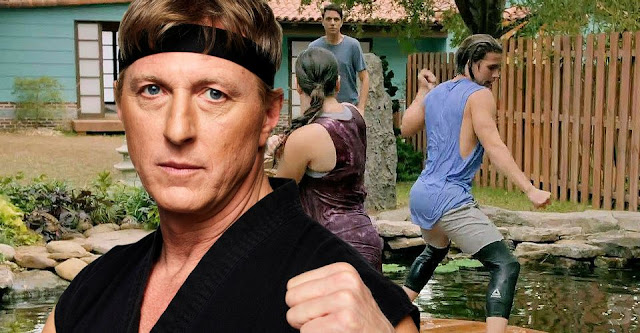 COBRA KAI: WHY DANIEL IS A BETTER SENSEI THAN MR. MIYAGI 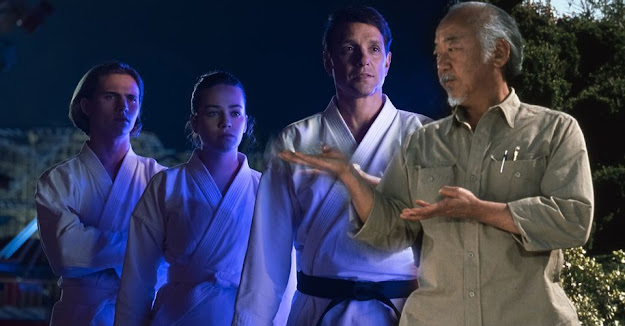 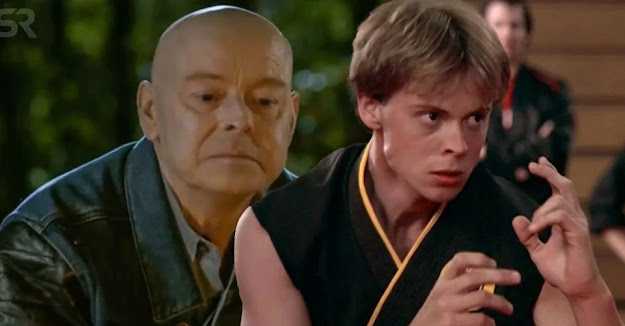 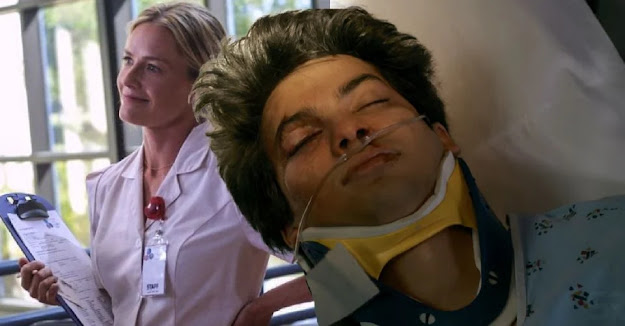 EVERY DOJO OWNER IN COBRA KAI AND KARATE KID (SO FAR) 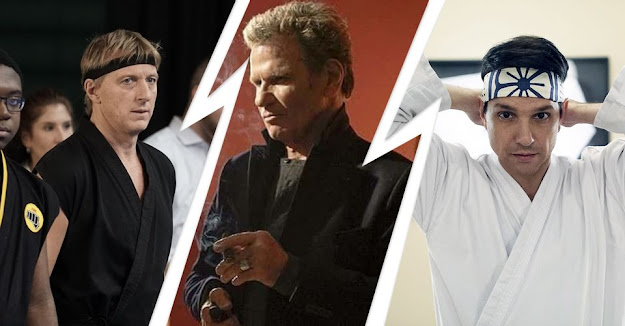 COBRA KAI: WHY TORY COULD REALLY BE ALI MILLS' DAUGHTER 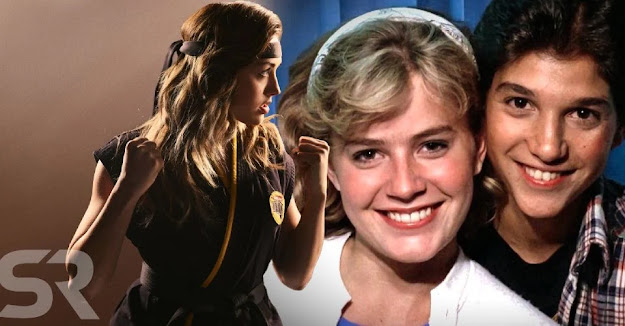 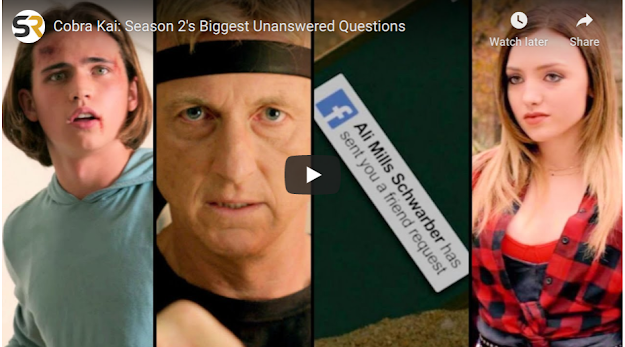 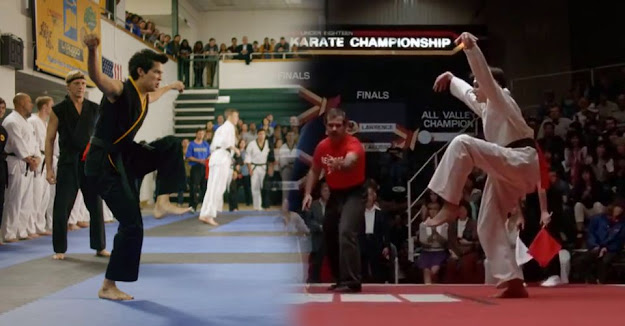 WHY COBRA KAI WAS BANNED (& HOW JOHNNY REDEEMED THEM) 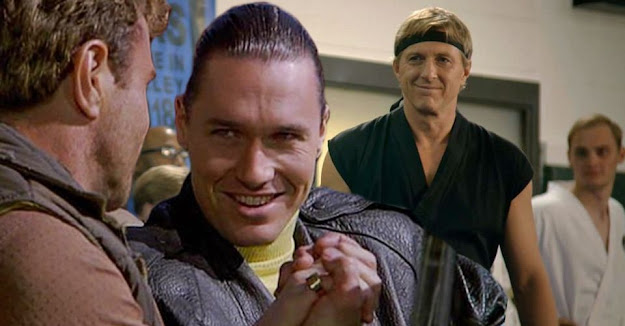 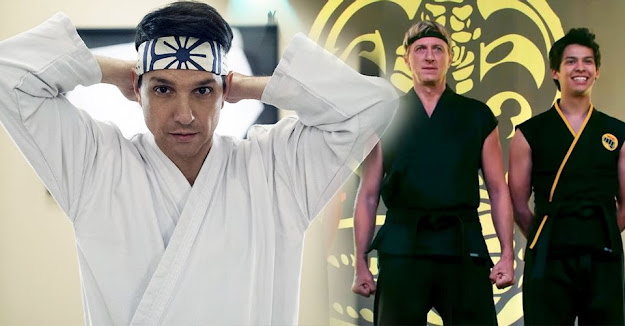 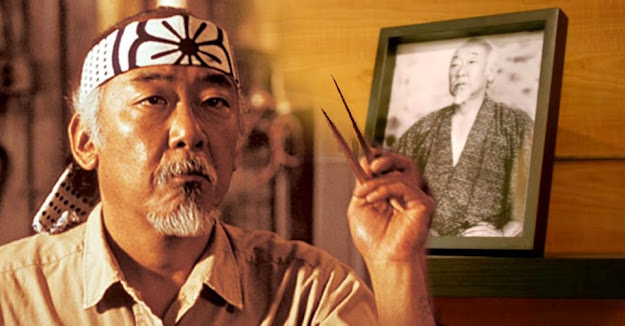 EVERYTHING COBRA KAI HAS REVEALED ABOUT JOHNNY'S PAST 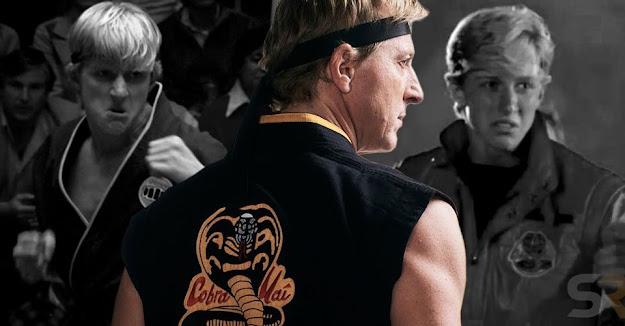 WHAT HAPPENED TO DANIEL BETWEEN KARATE KID AND COBRA KAI (WITH VIDEO!) 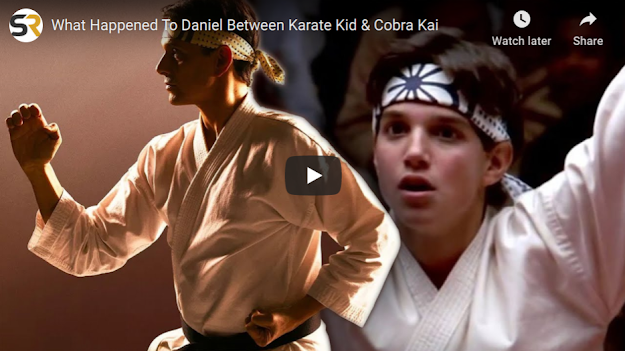 JOHNNY VS. DANIEL: WHO IS BETTER AT KARATE IN COBRA KAI? 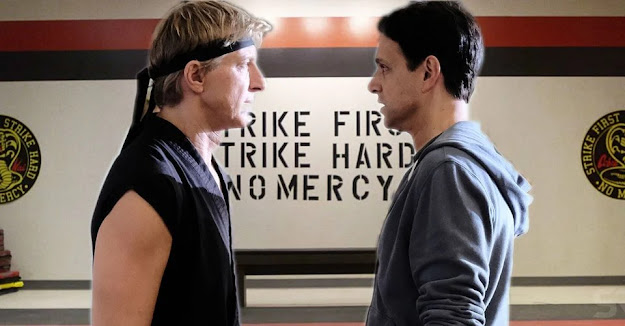 KARATE KID 2 MADE THE FRANCHISE BETTER BY CHANGING ITS RULES 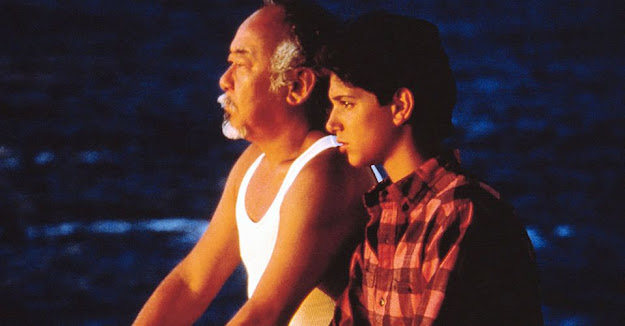 COBRA KAI'S WORST STUDENT WAS DANIEL (& WHY HE JOINED HIS ENEMIES) 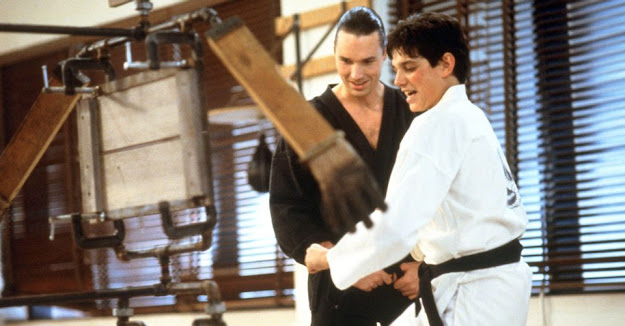 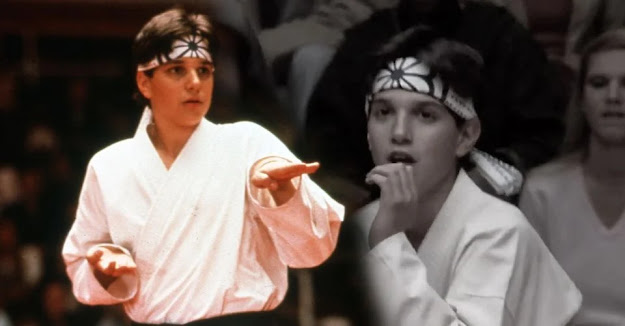 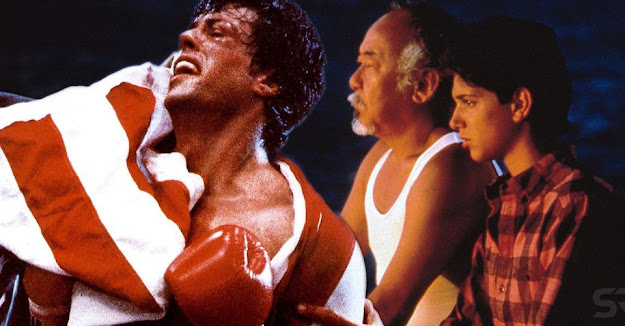 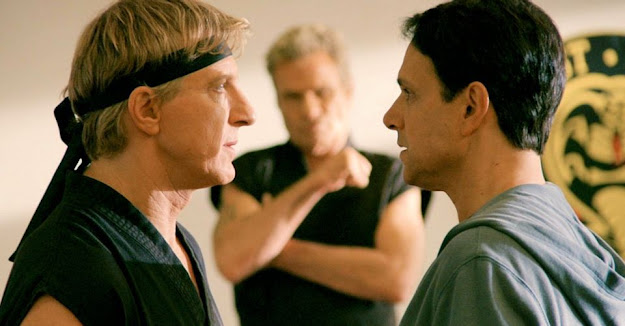 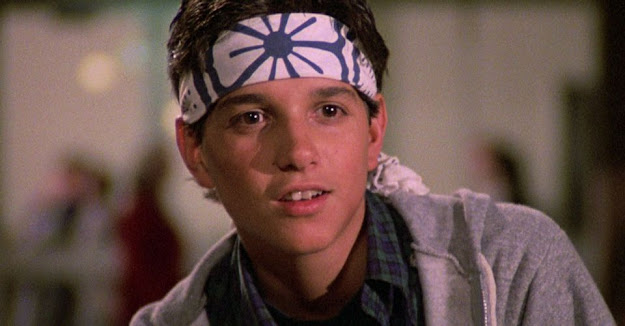 HOW OLD IS DANIEL IN EACH KARATE KID MOVIE (& COBRA KAI) 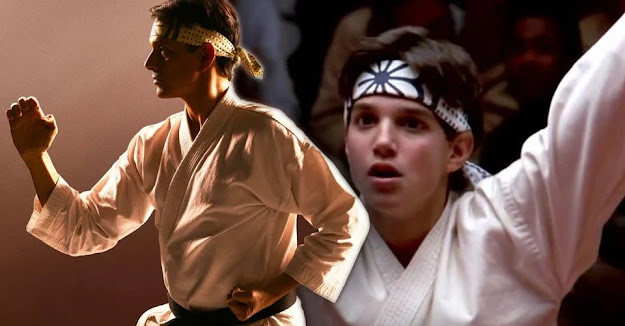 WHAT TO EXPECT FROM COBRA KAI SEASON 3 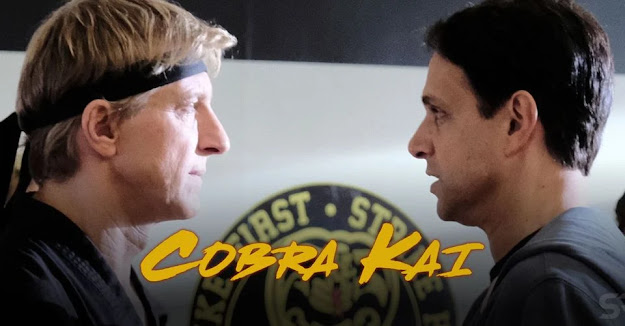 EVERY KARATE KID CHARACTER WHO APPEARS IN COBRA KAI 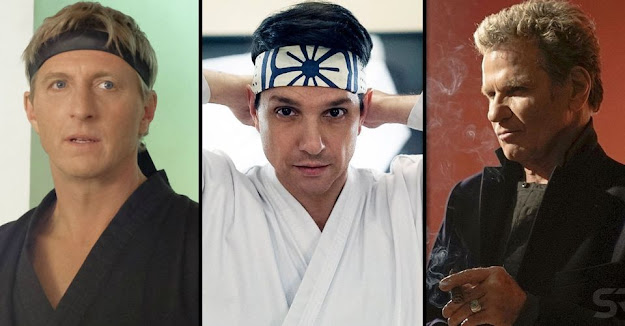 COBRA KAI SEASON 2 EVOLVED PAST KARATE KID - AND IT'S AWESOME 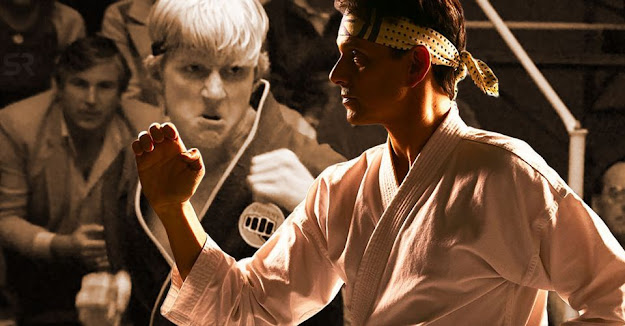 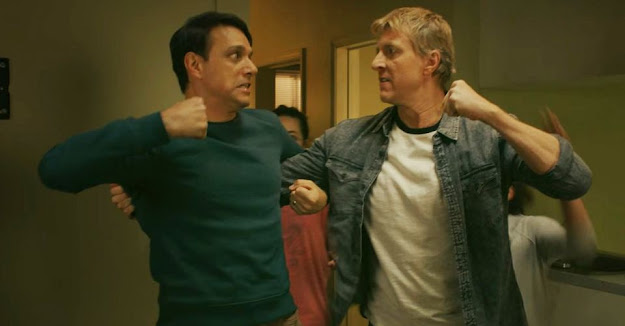 ** SPOILERS **
Hit Me With Your Bloodshot
Bloodshot has a pretty basic premise: What if Wolverine was played by Vin Diesel and his blood was made of nanites, plus he fought cyborgs all the livelong day? Based on the Valiant comic book series (never read 'em) and purportedly the start of a Valiant Cinematic Universe, which was iffy even before the COVID-19 pandemic decimated its box office chances, Bloodshot is a strange, violent, but also strangely interesting sci-fi comic book movie about Wolverine... with nanites. Bloodshot harkens back to the giddy decade of the 2000s when one could count on a Resident Evil or Underworld movie coming out every year. Bloodshot is at that B-movie level but it's also well aware that A-level comic book movies like Logan, Iron Man, Captain America: The Winter Soldier, and Avengers: Endgame exist. In its most feverish, nanite-fueled dreams, Bloodshot wants to be like the best Marvel movies and it's constantly, futilely punching above its weight class. But it's also sort of entertaining to see it try.
Vin Diesel plays former U.S. Marine Ray Garrison, who is never properly introduced and you kind of have to listen closely to the dialogue to patch his full name together. Garrison is a kickass soldier who plays by his own rules but after a successful mission in Africa where he kills all the enemy combatants and saves the hostage by playing his own rules, he gets attacked in his Amalfi Coast hotel room after a night of sexytime with his wife, Gina (Talulah Riley). Both are kidnapped by a guy who loves Talking Heads' "Psycho Killer" (too on the nose) named Maxwell Axe (Toby Kebbell). Martin axed Ray a question but Ray didn't know the answer so he executed both Gina and Ray. Immediately after, Ray awakens in a high-tech lab in Kuala Lumpur called Rising Spirit Tech. A scientist named Dr. Emil Harting (Guy Pearce) has rebuilt Ray and made him faster and stronger, thanks to the power of nanites. Nanites have replaced his blood and heal him from any "catastrophic" injury. Ray is now Bloodshot (no one calls him that), the most successful project of the Bloodshot Program (no one calls it that).
Garrison meets RST's other projects, all cyborgs. One dude with robot legs named Dalton (Sam Heughen) seems to fucking hate him for some reason. Another cyborg dude named Tibbs (Alex Hernandez) seems indifferent. The nicest cyborg, and the sexist, is KT (Eiza Gonzalez), who seems very sympathetic to Ray. Dr. Harting himself is a cyborg with a black robot arm, and the fact that his metal appendage looks just like the cyborg limbs of the James Bond villain Dr. No is an immediate tip off of who the real bad guy in all this is. Ray suffers from amnesia but is pretty easy going about the whole waking up as a cyborg made of nanities dealie he's got going on now. But after a shot of whiskey, no less, Ray's memories of how he and Gina were tortured and killed are activated, and he goes off all single-minded and robotic-like to axe Martin Axe a question: Do you want to die? (His answer is no and it's irrelevant.) As Bloodshot, Ray slaughters the soldiers Axe hired to protect him and he learns that even though his nanites can repair the flesh literally blown from his bones, they have limits and must be recharged when they power down to 0%, like a Green Lantern Power Ring. But when he maxes out his nanites, his chest and eyes glow red as he goes full Bloodshot.
Let's cut to the chase: Ray is being lied to and Dr. Harting is the bad guy. Ray has really been dead for five years, his wife Gina has remarried and moved on, and, like the Winter Soldier, Ray gets sent on black ops killing missions and has his mind wiped afterward so he doesn't remember. But Harting is only sending Ray to kill his competitors who want his Bloodshot tech. Otherwise, Ray really is like Wolverine: RST is like the Weapon X program, Harting is like Colonel William Stryker, and the nanites are Bloodshot's substitute for Wolverine's mutant healing factor. However, Ray's nanites let him do other cool shit Wolverine can only dream of, like access the entire Internet in seconds and triangulate a target's location using satellite imagery. The nanites can probably give Ray a cool Spotify playlist and post his kills on TikTok if he asked. (He should have asked.)
When Ray realizes he's been duped all along, naturally, he rebels. In KT, he has a fetching accomplice. She also is sick of being used by Harting, who literally takes her breath away whenever she argues with him and his evil methods. Together with an amusing programmer named Wilford Wigans (Lamorne Morris), who is basically the same character as Don Cheadle's British tech guy, Basher, from the Ocean's Eleven movies, Ray and KT decide to take down Dr. Harting and RST. The action is not bad; there are cool visuals, especially during the cyborg v cyborg fights that are shot to look like gif versions of comic book panels, and Diesel is an old hat at being a stoic, unstoppable action hero so he provides a solid center of gravity during the blistering violence. (Diesel also tries hard at the emotional stuff. Bless him, he is Groot.) Bloodshot has a remarkable cast for the type of thing it is and, overall, the movie is surprisingly, decidedly, un-terrible and a Valiant effort. I would watch another... if only that were possible.
Posted by Back of the Head at 6:46 AM 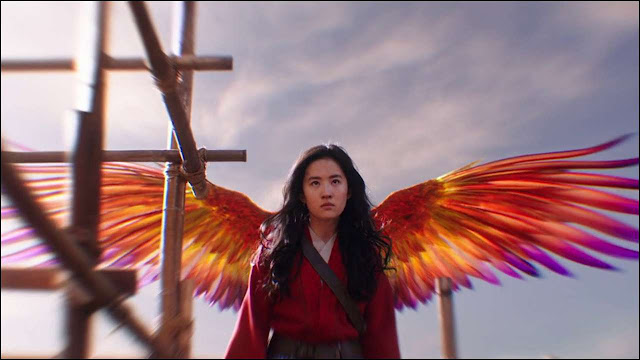