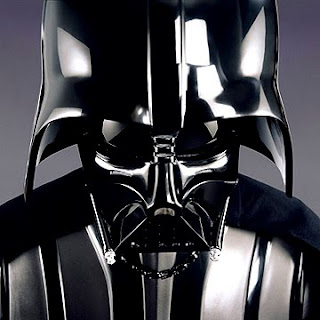 
The Empire Strikes Back is on HBO HD quite a bit. I've probably watched it a half dozen times. Naturally, I have some observations:

One doesn't appreciate the cleverness of the Wampa attack on Luke at the start of Empire that explains his mangled face until one learns that Mark Hamill got into a car accident in 1978. The accident really fucked his face up.  I like that they dealt with it at the start of Empire with the Wampa slashing Luke's face. I also like that it kind of fits Luke.  By losing his hand and being physically deformed over time, it echos what happened to his father. That's called turning a negative into a positive.

There was a big difference between the military agenda of the Empire and the crazy personal agenda of Darth Vader, whose whims the Imperial forces were subordinate to. When the Alliance transports evacuated Hoth one by one, the orbiting Imperial Starfleet should logically have pursued and destroyed them. Vader should have committed the firepower of the Imperial fleet into blasting the Rebel transports to smithereens, ending the rebellion once and for all. Instead he ignored the Empire's greater goal to personally chase after a few (albeit important) Rebels.

Vader committed the fleet's full resources into chasing the Millennium Falcon through an asteroid belt.  They didn't even catch the Falcon, I must point out.  Vader resorted to bounty hunters to eventually trap them on Bespin. One would say it would all have been worth it had Vader actually captured Luke Skywalker, Princess Leia, Chewbacca, or even either of their droids at least.  But he did not.  He had them all in his custody in one form or another but they all escaped.

So how did the Empire actually win in the second movie, as it is commonly believed they did? Because Vader cut off Luke's hand? The maiming of Luke Skywalker and the carbonite freezing of Han Solo are small, hollow triumphs that do the overall Empire no good.  As Solo even pointed out while he was tortured prior to the carbonite freezing, "They didn't even ask me any questions."  Why didn't Vader force Solo to reveal the secret location of the Alliance rendezvous?  There is no excuse for not doing so.

The facts are glaring: Darth Vader was incompetent. He screwed up left and right.  No wonder the Emperor sought a replacement in Luke Skywalker. Vader had lost it.  He had gone soft. Clearly, the Emperor was aware of Vader's lack of productive results. I suspect Vader was also aware that the Emperor schemed against him.  Why else would he have been so desperate to gain his son's allegiance?

The Emperor had a great deal of political proof that Vader needed to be replaced. Not that he would ever need to justify getting rid of Vader. Vader wasn't the most popular guy in the Empire. As one watches Vader in Empire today, it's actually helpful to visualize Hayden Christensen behind the helmet. It lends a lot to Vader's incompetence and to why his fellow Imperial compatriots can't stand him. Not to mention that Vader was executing Imperial officers left and right to cover up for his own incompetence.

Anakin was a crappy Jedi and Vader was just as crappy a Sith Lord. The galaxy is better off without him. Hell, the galaxy would have been better off if he'd never been born. Damned midi-chloreans.
Posted by Back of the Head at 4:43 PM