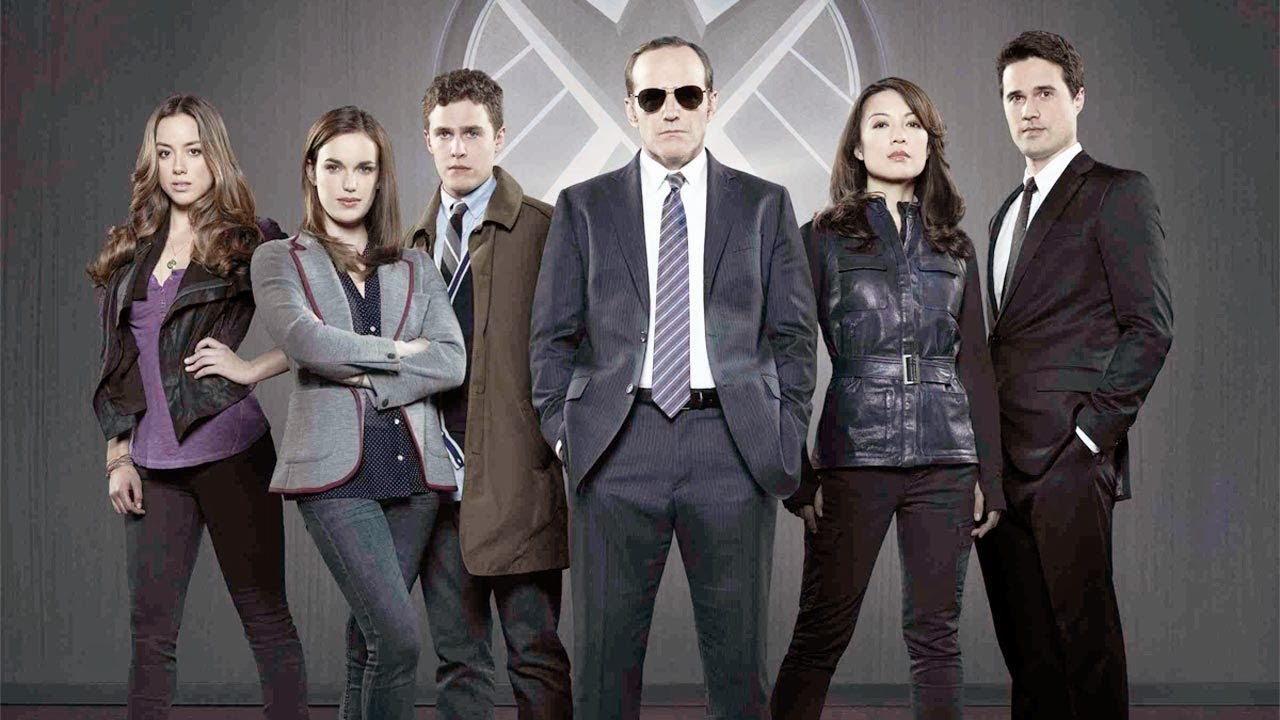 If the mid-season finale, "The Bridge," was Marvel's Agents of S.H.I.E.L.D.'s The Empire Strikes Back, the follow up episode is indeed the Return of the Coulson. "The Magical Place" picks up 36 hours after Coulson is abducted by Centipede and Mike Peterson's brief tenure as an Agent of S.H.I.E.L.D. Trainee ended with a bang. Or a boom, more accurately. Saffron Burrow's cool, by the book (that is to say, personality-lacking) hardass Victoria Hand has taken command of The Bus and filled it with more even more Agents of S.H.I.E.L.D., to Fitz-Simmons' chagrin. More alarmingly for Coulson's dream team, Hand seems much more intent on finding Centipede than rescuing Coulson. Meaning Hand is actually doing what a bigwig in a spy operation is supposed to be doing; going after the opposing organization and not committing resources to find one missing Agent. "No one Agent is that important," Hand declares, to which Ward retorts, "Coulson is." And Ward doesn't even know the half of it.

About the half of it is what we finally learn about Coulson's experiences in "the magical place" of "Tahiti." The villainous Edison Po is intently probing Coulson's memories of "Tahiti" via some sort of Centipede mind-reading CAT scan machine to discover the secret of just how and why Coulson is back from the dead. Everyone, Centipede and S.H.I.E.L.D., is certain about one thing: Coulson did die when Loki sceptered him through the heart in The Avengers. Centipede's mysterious, allegedly psychic leader, the Clairvoyant, can't seem to read Coulson and determine how he is alive. The point of Centipede abducting AC is to learn and then replicate how to solve the problem of their Extremis super soldiers dying. And after all, if they can master the problem of death, they can stay on this show forever, or at least until it's canceled. The joke's on Po, though, as the Clairvoyant suddenly decides to kill him, leaving Raina, the silky voiced Girl in the Flower Dress, in charge of sweet talking Coulson into getting back in that mind reading CAT scan machine, pretty please. Raina's play on Coulson (and the audience's!) desire for answers woos Phil back into the machine and we get the answers we sought, kind of.

What we really get that stands out are the following: a guest spot by Joss Whedon alumnus Ron Glass, who played Shepherd Book in Firefly/Serenity, as one of the S.H.I.E.L.D. doctors who operated on Coulson, and a gnarly visual reminiscent of the surgery on Anakin Skywalker at the end of Revenge of the Sith of medical droids performing laser surgery on Coulson's brain. All the while Coulson screamed "Please let me die!" But S.H.I.E.L.D. wouldn't, at the mysterious insistence of Director Nick Fury (a shot of Samuel L. Jackson in a flashback montage makes for his second cameo in this series). Doctor Ron Glass later confessed to Coulson that he was indeed dead for days but doesn't shed specific details on the hows and whys of his resurrection. All we learn for sure is that Coulson endured at least seven operations and that he was never in Tahiti; those are memories the medical droids implanted in his brain to restore his original personality, lest he become "that thing," whatever that is. A zombie? A Marvel Zombie? Something specific, like the words "Life Model Decoy," would have been really great to hear, but apparently, Coulson is indeed the original model somehow brought back to life and not a machine of any kind. But did we see a glimpse of the Infinity Formula which is the source of comic book (white) Nick Fury's long life? Agents of S.H.I.E.L.D. doesn't say.

Back on The Bus, Hand doesn't take too kindly to Skye hacking into S.H.I.E.L.D.'s systems during her debriefing. Hand decides S.H.I.E.L.D. no longer requires Skye's services as a consultant and has her dismissed. Ward stands up for Skye's usefulness but when her opinion is sought, May decides to throw Skye under The Bus. This was all a brilliant scheme, of course, by May to let Skye run amok on the outside so that she can use her numerous skills to find Coulson without S.H.I.E.L.D. breathing down her neck. And run amok Skye does, throwing out the S.H.I.E.L.D. playbook and making up a crazy ass scheme as she went along involving cosplaying as Melinda May and blackmailing a snotty billionaire (Rob Huebel) in his home to access his offshore accounts so Skye can follow the money Woodward and Bernstein-style and figure out where Centipede is hiding Coulson. Luckily for Skye, Coulson is no more than a stolen Lamborghini ride away from LA. Dolla bills, y'all.

While Skye is single handedly pulling every wacky spy stunt from every spy movie she's ever seen, the Agents of S.H.I.E.L.D. still on The Bus are en route to Australia to take down Centipede, but then do a total 180 when Skye calls them to tell them where Coulson is. This involves a neat visual of The Bus actually doing a 180 in mid-air. When Skye and the rest of the Agents of S.H.I.E.L.D. arrive in an abandoned desert ghost town once used for nuclear testing, Skye should have also found Indiana Jones hiding in a refrigerator. I mean, it's all Disney after all, isn't it? Instead, the Agents of S.H.I.E.L.D. find a few Centipede Extremis soldiers Ward and May easily dispatch while Skye personally punches Raina right in her smooth-talking yap and rescues Coulson. All that training from her S.O. Ward finally paid off for Skye. Raina is taken into S.H.I.E.L.D. custody to possibly one day die in a Helicarrier explosion, we learn Hand and S.H.I.E.L.D. did take down Centipede (off screen, how exciting), and Hand relinquishes command of The Bus back to Coulson. And everything's back to normal, especially Skye's wrist, at long last free of the traitor bracelet she's worn for several weeks, her reward for rescuing her beloved AC. We assume she kept her Melinda May cosplay costume for future S.H.I.E.L.D. Cons. Skye looks great as Melinda May.

Meanwhile, we are surprised to learn that Mike Peterson is alive. Or we would have been surprised if J. August Richards' name as a guest star didn't appear in the opening credits. Great job, Agents of S.H.I.E.L.D. editors. But poor Mike Peterson can't catch a break. Instead of letting him die, instead he's been horribly burned, he's lost one of his legs, and Centipede implanted one of their Eye Spy eye cams in his head. Poor Mike. He's now literally a one legged man in an asskicking contest.

Akela Amadour, Mike Peterson. Why is Centipede only putting their Eye Spy cams in the heads of the brothers and sistas, yo? #AgentsofSHIELD
— John Orquiola (@BackoftheHead) January 8, 2014


Thanks to Ming-Na Wen for the retweet!

Cosplay Question: Skye was homeless and broke when S.H.I.E.L.D. took her in. Since she could afford a leather Melinda May cosplay costume, how much does Skye get paid? (Dolla bills, y'all.)