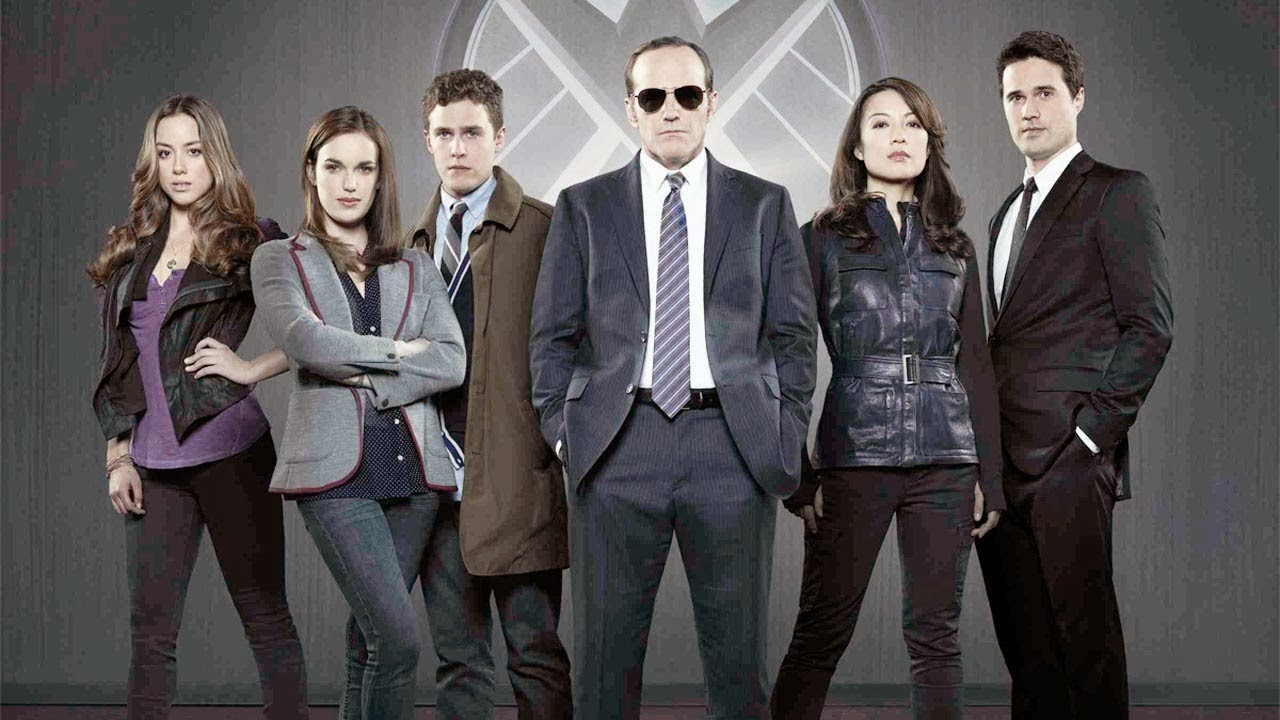 With "T.R.A.C.K.S.", Marvel's Agents of S.H.I.E.L.D. finally flexes its muscles and shows us what their little show about secret agents set in the Marvel cinematic universe can really do. Easily the best episode of the series thus far, "T.R.A.C.K.S." plays like a riddle wrapped in an enigma wrapped in a train. It's a propulsive thrill ride told from multiple perspectives, almost like Rashomon except every piece fills in the puzzle rather than contradicts, and it all ends with a bang. Two bangs, actually. One would have sufficed, but the second was just cruel for the sake of cruel. By the end of the episode, arguably the most important member of the series and also the least qualified to be a field agent placing herself in harm's way, Skye, is knockin' on heaven's door while another, Mike Peterson, is revealed to be a bona-fide Marvel Comics character: Deathlok.

Coulson has been hot on the trail of the odious Ian Quinn ever since their one and only phone conversation went sour. Coulson's S.H.I.E.L.D. team sets up an elaborate undercover op on a train traveling through the Italian countryside where Cybertek, Inc., "a small firm that deals with advanced technology and research" that isn't Centipede or A.I.M., is transporting a mysterious package Quinn purchased for ten million dollars. Follow the money, or the package the money bought, and it leads S.H.I.E.L.D. right to Quinn. "If everything goes as planned," Coulson muses, "Cybertek won't even know we're there." Of course, Cybertek knew they were there all along, thanks to a traitor in the Italian authorities, but also probably because Coulson and his team are the poorest, most obvious, attract-as-much-attention-to-themselves-as-possible undercover team in the history of the spy genre. There's hiding in plain sight and then there's causing loud ruckuses on trains, which seems to be the Agents of S.H.I.E.L.D.'s specialty.

On the other hand, the character work was delightful. Paired as a father and daughter, Simmons took it as an opportunity for over-preparation. To Coulson's chagrin, she crafted an elaborate backstory of herself as Coulson's estranged daughter traveling with the ashes of her late mother, furious at her absentee dad for his dalliances with prostitutes. (Plural, extra funny for a Disney family show.) Who was this ruse supposed to bamboozle, the Italian train conductor? Yes. And of course, the ashes of her mum spill all over said conductor. Real subtle undercover work. Meanwhile, Skye and Fitz pose as young American lovers, settled after Skye attempts a Scottish accent. The two of them decide to really sell themselves as Americans by being as loud and boorish as possible, babbling on about their six month anniversary to the Italian conductor. (Fitz playing American and asking where there would be a restaurant "with big portions" was inspired.) Eventually, Fitz and his (latest) "pretend girlfriend" set up in the baggage car to handle communications. Ward and May are the only ones who act reasonably spy-like in their cover, yet once behind close doors it's all relationship drama between them when May reveals she's told Coulson about the MayWard Knocking Boots Situation before flinging herself out of the window and onto the roof of the train.

Of course, it all goes sideways, and cleverly, from multiple perspectives. Coulson and Ward are made by Cybertek's mercenary security team and are forced to jump off the train while a grenade detonates purple mist around them. May is attacked on the roof of the train and parachutes off, finding Coulson and Ward frozen by the purple mist, and then is kidnapped by their Italian police traitor and tortured. Well, tortured for like a minute, before she Mays Up and murderizes everyone. Meanwhile, hiding in the baggage car, Fitz-Simmons and Skye are attacked by a merc; Simmons ends up frozen by the purple mist, which turns out uses the same compound as Fitz's Night Night Gun but stronger. When the train switches rails and stops so Cybertek can make delivery of the package to Ian Quinn, Skye and Fitz fling themselves into imminent danger by following. While all that is going on, Coulson and Ward, via a truck they don't know May hotwired, return to The Bus to play catch up. We learn that neither top S.H.I.E.L.D. agent knows how to operate Fitz's holo table, and Ward decides it's an opportune time to address the MayWard situation with Coulson. "Really? You wanna do this now?" Coulson scolds before threatening to send Ward to Alaska to oversee Blonsky's (The Abomination from The Incredible Hulk!) prison cell if he ever jeopardizes a mission because of a little thing called "sex." Then May showed up, murderized the Italian traitor, and took a shower.

While their S.H.I.E.L.D. mates locate the train and try to determine where Ian Quinn is, Skye and Fitz track Cybertek right to the lovely Italian villa where the trade goes down. Throwing caution to the wind, Skye, perhaps emboldened by her ridiculous success the last time she improvised a field op by herself, penetrates the villa armed with a Night Night Gun. She makes it all the way to the basement, where she discovers a hyperberic chamber containing Mike Peterson! Oh, Mike, you look terrible, all scarred up and missing a leg. Being tight with the Clairvoyant, Quinn knew Skye was coming and couldn't wait to show her what ten million dollars bought him: a new robot leg for Mike Peterson. Mike, part man, part machine, refused to kill Skye and instead was ordered by the Clairvoyant to kill the Cybertek mercs for leading S.H.I.E.L.D. right to them. But that didn't stop Quinn from shooting Skye right in the babymaker! And a second time because he's a bad, bad man!

In the end, Peterson escapes as Coulson's Agents arrive, finally capturing Quinn. They find a bloody Skye at death's door. And there was a copious amount of blood for a Disney family show. Bravo! Thinking quickly, Simmons has Skye placed in the hyperberic chamber to save her life. But S.H.I.E.L.D. can't call this a victory. S.H.I.E.L.D. does have Quinn in custody, yet Skye, who may be an 0-8-4, is very close to being D.O.A. Nor is S.H.I.E.L.D. aware of poor Mike Peterson, wandering out there alone under the thrall of the Clairvoyant, unaware of his new designation. Some guys write their name on their underpants, Mike Peterson has his new name written right on his robot knee: Deathlok.

More episodes like this, please, Marvel's Agents of S.H.I.E.L.D.

Also, from now on, please use this at the top of every episode with the Marvel logo.