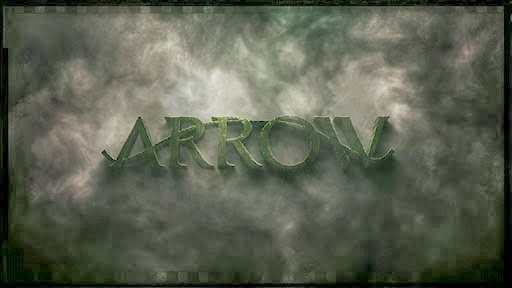 "Time of Death" happily states for the record that Sara Lance is here to stay, and yay! Well, yay unless you're the two other female leads on this show - Felicity and Laurel - who suddenly feel very marginalized that not only is Sara firmly established as part of Team Arrow, but she's also rocking the Queen bed once more. Laurel pieced that together at a terribly awkward Lance family dinner (+ Oliver) that saw her mother Dinah tell giddy as a schoolboy Quentin to talk to the hand when it came to them resuming their six year-dormant marital bliss. Before Quentin could throw a tantrum at his romantic hopes dashed, Laurel went nuclear over Sara and Oliver shafting arrows ("You've been back, what, a week?" Actually, it's more like months) and stormed out of her own apartment. Oliver and Laurel had their most heated conversation yet where Laurel tore into Oliver for being such a stand up guy, always asking if she's okay while bonking her now-back-from-the-dead sister. In retaliation, Oliver flat out called Laurel a drunk and a drug addict. "I'm done," he seethed, pushing all of Laurel's abandonment issue buttons.

Meanwhile, Felicity is even more threatened by the new hen in the rooster's nest (do roosters nest? This analogy has gotten away from me). Blonde, ass kicking Sara seems to be an upgrade to Felicity, plus Sara keeps calling her "cute," like she's a puppy. Oh, and Sara has a working knowledge of biochemistry and "knows her way around a microscope." Not to mention Sara, Oliver and Diggle have all these sexy battle scars all over their bodies, comparing them in a scene reminiscent of Mel Gibson and Rene Russo in Lethal Weapon 3. Making matters worse, Felicity's one area of dominance, technology, is upended by Team Arrow's new adversary, William Tockman, the Clock King. Tockman, a former technologist at Kord Enterprises (DC Universe reference to the second Blue Beetle), can hack into Team Arrow's network and he even went ahead and fried all the tech in the Arrow Cave. And the one time Felicity donned spandex and decided to work out, Oliver didn't even register it as hot. "What are you wearing?" was the best compliment he could muster.

The Clock King (Robert Knepper) isn't out to ruin Starling City or anything; he's pulling crimes for the money. Some detective work gleaned that William Tockman is dying of McGregor's Syndrome (the very same disease Nora Fries and Alfred were dying of in Batman and Robin) and he's trying to pay for the treatment of his sister, who has cystic fibrosis. That's a bummer, but still, he's stealing from billionaires, and as a billionaire himself, Oliver must stop him. The Clock King penetrated Kord Industries and absconded with a Skeleton Key, a device that can hack into any network and, for example, open bank vaults. But the Clock King will kill if he has to, and managed to foil both Arrow and Canary for a while. Oliver decided to bait Tockman with 800,000 shares from Starling National Bank, and Felicity took it upon herself to run point on the trap. Of course, Felicity needed rescuing, but as it turns out, it was Felicity who ended up taking a bullet for Sara and saving the Canary's life. Plus Felicity out-tech-smarted the Clock King and got him good. This lead to a delightful scene of Felicity high on oxycodone excited that she now has a scar like the rest of Team Arrow. Oliver sweetly told Felicity "You'll always be my girl."

Also, if anyone should feel marginalized and insecure, it's Diggle. The more ladies keep popping up in the Arrow Cave, the less Black Driver seems to have to do. But you never hear Dig complain; he's all man.

Lance Family Matters came to a head this week after Laurel blew off a Welcome Home party for Sara at Stately Queen Manor. But just as well as Oliver, Sara, and Quentin all ran off from the party to deal with the Clock King. (By the way, Quentin is not a stupid man. He knows Sara is the Canary and he knows Oliver and Sara are back together; as a detective and a man with working eyes, he must see that the Arrow standing with his leather-clad, masked superhero daughter is also Oliver. That hood and mask hide nothing. If Quentin does, and he must, he's being awfully cool to keep it to himself.)  Sara, afraid of Laurel's seeming hatred of her, exacerbates it by bringing Oliver to the Lance reunion dinner, which set Laurel off. But in the end, Laurel did some soul searching and came to Verdant - where Sara now works as Thea's bartender (Sara used to bartend at Oblivion, a DC Comics bar that was home base of the Shadowpact) - to apologize to her long lost sister. It was a remarkable apology; on one hand Laurel was pleading forgiveness to Sara but in a meta way, the Laurel character was apologizing to the Arrow audience who hates her, asking them to give her another chance.

Five years ago on the Island, Sara, Oliver, and Slade muse about how exactly they're going to get onboard the Amazo freighter to kill Anthony Ivo when a plane explodes high above. They hustle to rescue the dying pilot but he's too injured to save. Instead, he tells Sara of his orphaned twelve year old daughter in Starling City, whom Sara promises to look after one day. And all of a sudden, we have the Secret Origin of Sin, Sara and Roy's sidekick. And the Island Trio have parachutes salvaged from the plane: the means now to get onboard the Amazo.

The cold war between Oliver and Moira hasn't escaped Thea's attention, as Oliver works overtime to lie to her that he's very busy being a CEO and nothing's the matter between him and their mother. Oliver is kind of ridiculous, as Moira points out when he's angered she's at his welcome home party for Sara which, Moira reminds, Oliver decided to host at her house. Oliver is doing all this lying to Thea to protect Sara from the truth of who her true father is, or so he says, but he's really just mad at his mommy for doing all the things he does himself. But he does all his lying in the cause of justice and protecting his family, so it's justified. (Moira could make the exact same claims.) Maybe if Oliver did pay more attention to his mother, he'd be aware of her business dealings with Mr. Slade Wilson(!!), who's right there in the Stately Queen Manor living room!

Guess who's coming to dinner...

Some Tweets to wrap this  up: