A-Force To Be Reckoned With 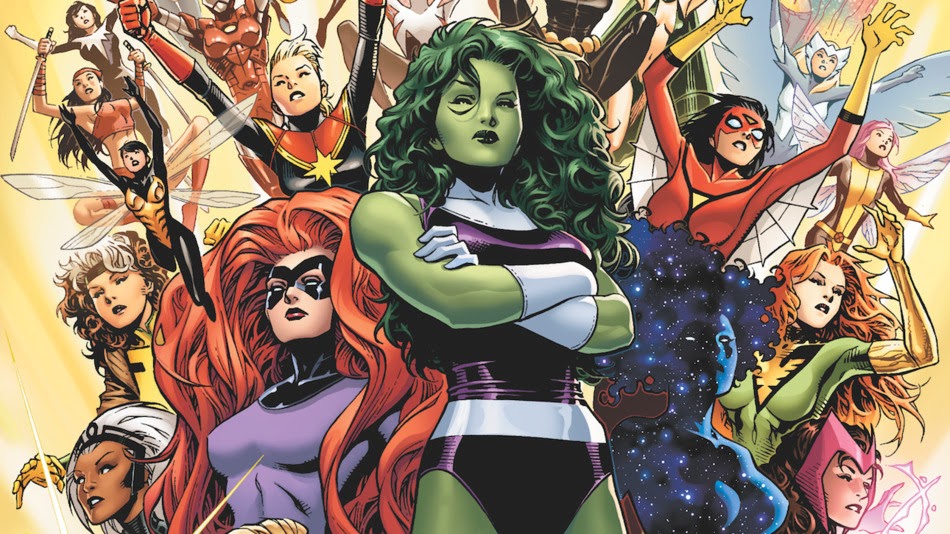 Marvel announced on Friday that the upcoming Secret Wars mega event will spell the end of The Avengers. Earth's Mightest Heroes will be replaced by a new super team of Earth's Mightiest Heroines - say hello to the all-female A-Force. And it's a huge team, over a dozen superheroines from She-Hulk to Dazzler to Captain Marvel to Black Widow to Spider-Gwen. And it's X-Men inclusive.

Today, Marvel's Bill Rosemann tweeted his A-Force dream team. I responded with mine.


I love fantasy drafting superteams. Here's why I picked these eight women for my A-Force:

Susan Storm, the Invisible Woman, would lead my A-Force. 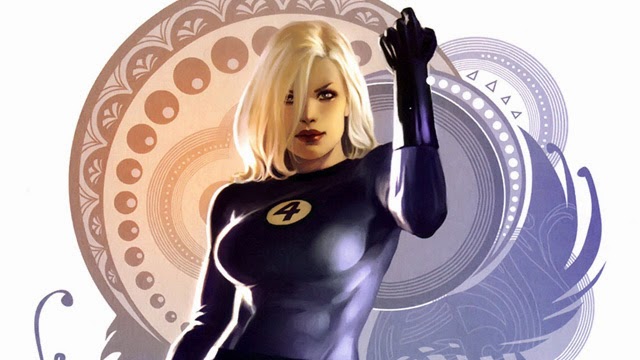 As a founder of the Fantastic Four, who has more experience fighting villains and saving the world? Sue Storm gets an A for Experience. Plus, as a mother of two (who is still remarkably youthful and hot), she has the instincts to manage the varied personalities of this A-Force.

Next, I draft Thor. 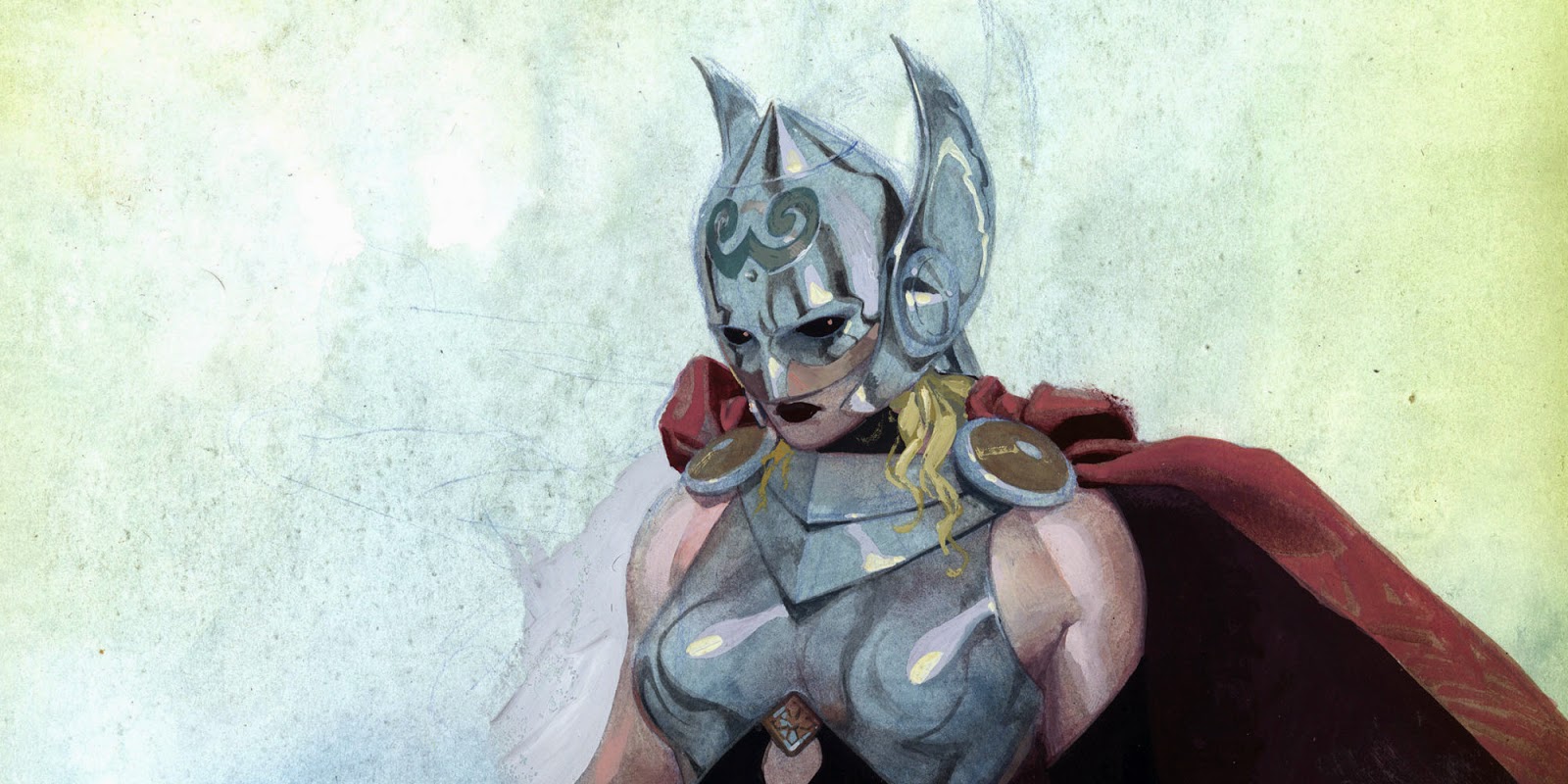 Originally, I considered Storm but who needs the weather witch when you have the Goddess of Thunder? The mysterious new Thor is a bit of a wildcard, but she brings power, power, and more power to A-Force. The hammer Mjolnir judges her worthy, who am I to argue? 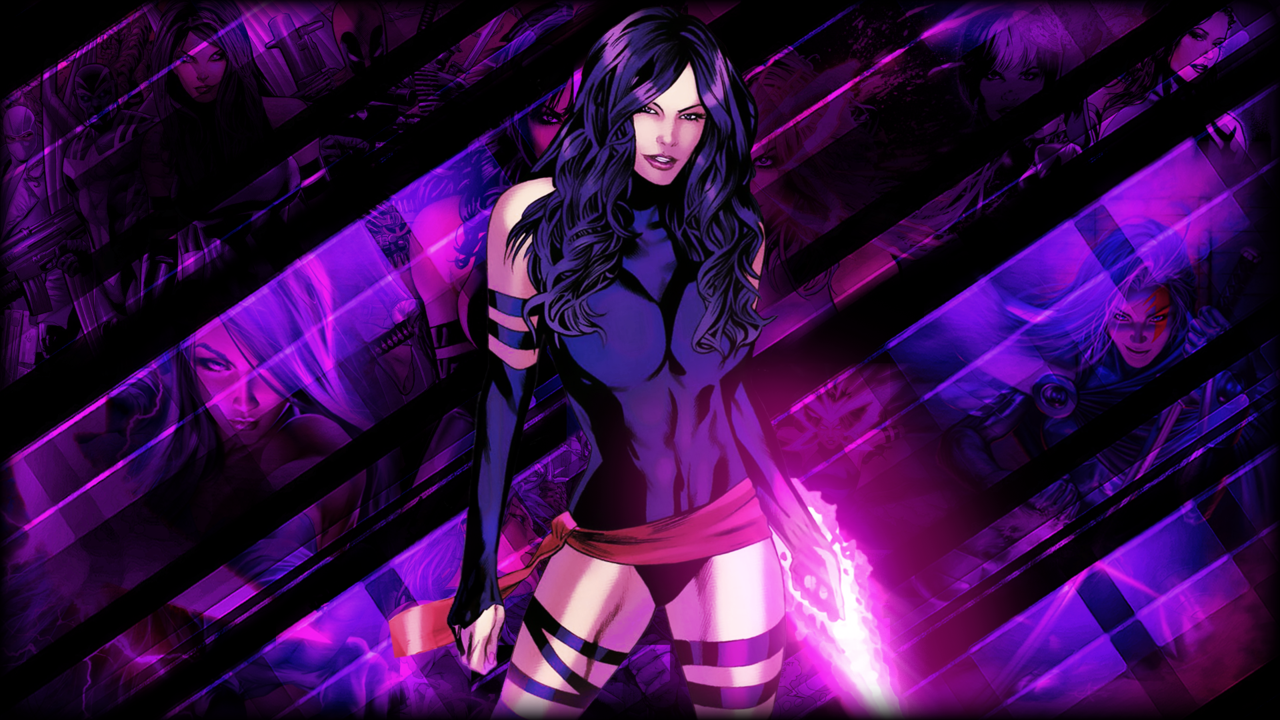 The X-Men are abundant with telepaths to choose from. Originally, I considered Jean Grey, but maybe it's better not to have a woman who might possibly become Dark Phoenix and murder us all on the team. No, instead, I'm opting for Psylocke, the X-Men's deadly telepath/ninja, and her famed Psychic Knife, the focused totality of her telepathic powers.

A great Marvel team needs a Spider. I pick Spider-Gwen. 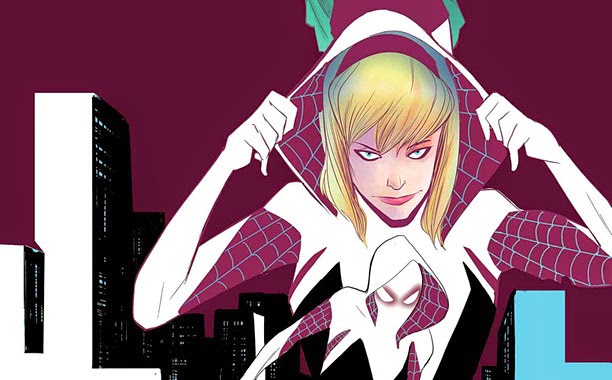 The coolest new heroine in the Marvel Universe is the alternate universe Gwen Stacy, who is not only not dead from being thrown off a bridge by Green Goblin, but was the one bitten by a radioactive spider instead of her universe's Peter Parker. Spider-Gwen does whatever a Spider-Man can.

A Marvel team also needs someone of the Marvel mantle. I pick Ms. Marvel. 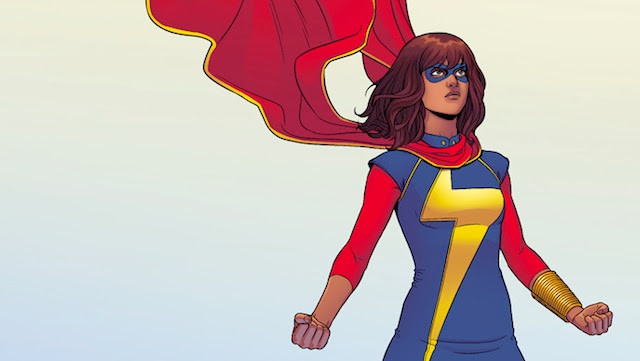 The other coolest new superheroine in the Marvel universe, Ms. Marvel Kamala Khan not only adds an Inhuman to my A-Force, but she's the plucky young heroine with heart and enthusiasm every super team needs. Ms. Marvel is the moral compass. Putting her likely at odds with...

My team needs someone who can do what needs to be done, someone with a lot of red on her ledger. Probably the most dangerous woman in the Marvel Universe, Natasha Romanov brings all kinds of skills and intangibles, plus a connection to SHIELD that will come in handy when A-Force needs some back up in the form of Helicarriers. 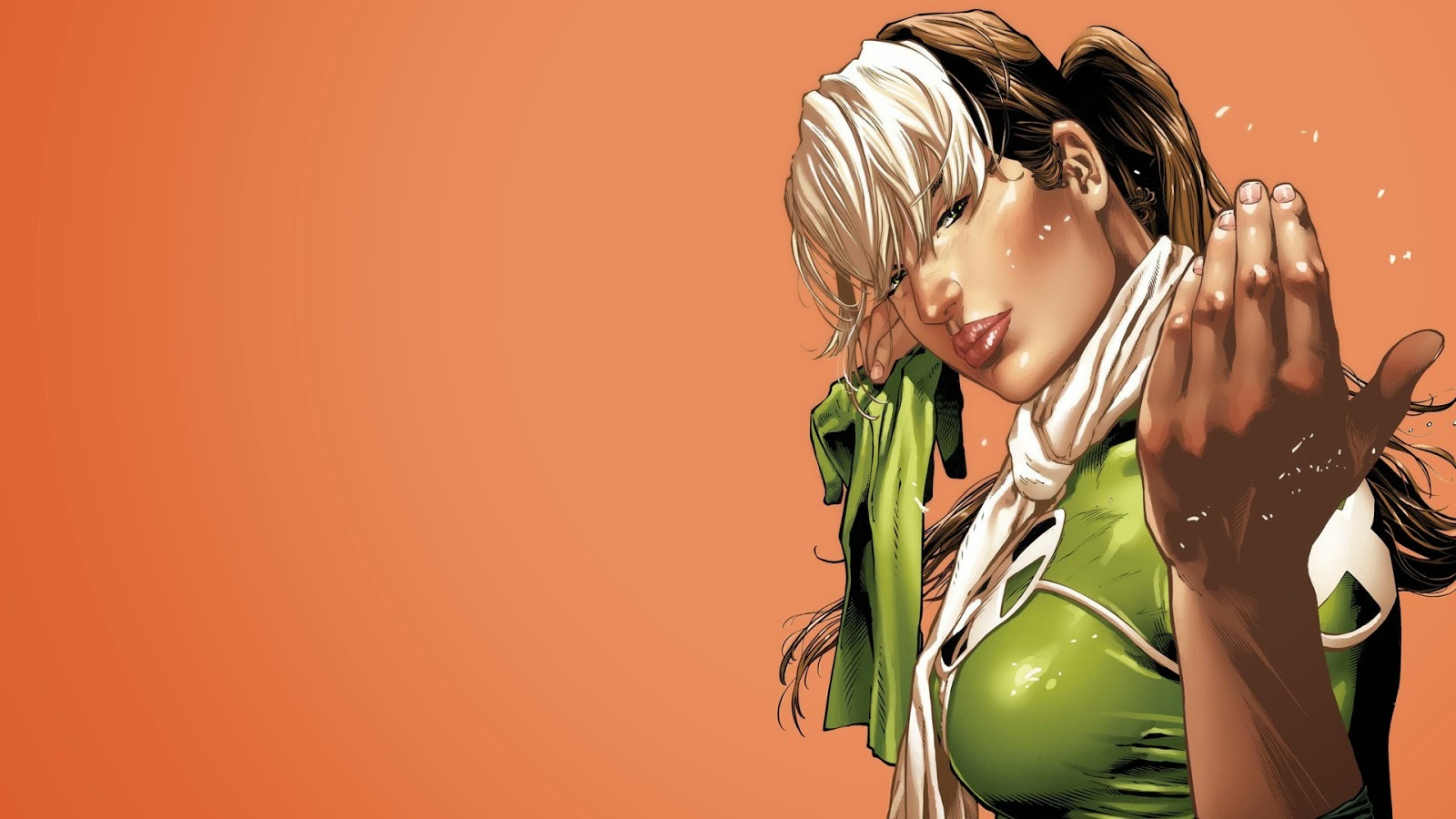 Rogue has been one of the most powerful of the X-Men for decades. She's been through the wringer multiple times, has been an Uncanny Avenger, and she's still an idealist who believes in Charles Xavier's dream. Rogue could toss a tank at you, or a simple touch could drain you of your life force. Plus she can fly. Rogue dated Gambit, but she's aces.

And finally, my A-Force needs brains. Who better than Kitty Pryde?

An X-Man since she was 13 and recently the former headmistress of the Jean Grey School, Kitty Pryde grew up saving the world. With her phasing power, she bests even Invisible Woman as an infiltrator. And she's a genius. Plus, now she dates Star-Lord, so the Guardians of the Galaxy will come running if need be.

That's my A-Force, if I had anything to say about it. What's yours?
Posted by Back of the Head at 8:17 PM