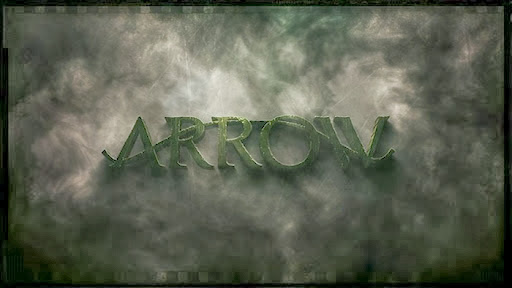 "What happens in Russia stays in Russia. Even when it makes no sense whatsoever." - Felicity. Poor Felicity.

Arrow goes international in the intriguing, Diggle-centric "Keep Your Enemies Closer." Team Arrow takes their first field trip together outside of Starling City to rescue John Diggle's wife Lyla Michaels from a Russian gulag. Oh yes, Dig is married, or was married to Lyla, his contact at A.R.G.U.S. They met in Afghanistan but "couldn't figure out how to be married without a war to fight." He returned to Afghanistan, she joined the DC Universe's version of S.H.I.E.L.D. But it was at Diggle's request that Lyla sought intel on Diggle's arch enemy Floyd "Deadshot" Lawton, which lead her to Russia and internment in a gulag. Diggle learns this after he himself is momentarily abducted by A.R.G.U.S. (identifying themselves as Task Force X, overseers of the Suicide Squad) and goes face to face with the top spy in the DC Universe, Amanda Waller. This is definitely the sexy New 52 revamped supermodel version of the lady formerly referred to as "the Wall." (Waller also dropped the knowledge that she is aware of how Diggle and Oliver Queen spends their nights. I guess A.R.G.U.S.'s spies can see through the Hood's guyliner to the obvious.)

Diggle asks for "a few days off" from his duties as Black Driver. By asking, it's more like he just starts packing in front of Oliver and tells him he's leaving for a few days. Oliver won't hear of it; Team Arrow flies together and they rescue pretty birds together. Their bromance is at its bromanciest. Besides, things are getting a little heated in the top floor of Queen Consolidated lately. Isabel Rochev just loves screaming at Oliver in his office and berating him for missing meetings, while Felicity limply excuses him so he can attend to his "evening plans with Mr. Harper." ("We've got to work on your excuses," Oliver scolds his secretary.) Wouldn't you know it, a sudden, unscheduled use of the corporate jet to visit the Moscow office of Queen Consolidated didn't go unnoticed by co-CEO Isabel, and she decided to tag along for the flight to Mother Russia. Arrow did not delight us with what must have been extremely awkward and evasive conversations on the flights to and from Russia. But no matter Oliver Queen's facade as a billionaire playboy, the Queen private jet in all likelihood doesn't have a stripper pole and dancing stewardesses like Tony Stark's jet used to have.

Oliver is in his element in Moscow; he speaks the language fluently, knows the customs, and as a Captain of the Bravta, boy, is he connected, enough to smooth over Diggle's vodka-refusing rough edges. Oliver's Russian underworld contact is his old cell mate from the Amazo freighter days, Anatoli Knyazev. If Oliver Queen were Bruce Wayne, this means he and Knyazev would immediately have to start fighting, because Knyazev went under another name in 1980's Batman comics: the KGBeast. Knyazev and Oliver together speak and translate enough Russian words to make this week's Arrow a fun, educational romp.

The lowdown is Lyla tried to break into the worst gulag in Russia, Koshmar, "the Nightmare," and is being held there. The plan: Black Driver is the New Black. Diggle will be captured in a drug bust ("That's a lot of drugs," Felicity accurately observes when she sees what Knyazev provided) and sent to that very gulag (Russian due process is very, very quick), wherein he will find Lyla, bust her out, and meet Oliver and Felicity at an extraction point. (Unlike Agents of S.H.I.E.L.D. this week in their Russian adventure, Team Arrow actually planned for an extraction.) Upon arriving in Koshmar, Diggle is told flat out they don't like chernokozhiy (if Borat were there, he might translate this as "chocolate face"), and to prove it, they attack Dig right away in the cafeteria. After going all MMA on one of his assailants, Diggle is dragged to the "cold room" and chained up right in front of his favorite person in the whole wide world, Floyd "Deadshot" Lawton. Small world.

Meanwhile, when he isn't having back alley meetings with the Russian mob and procuring a stolen police van with his flawless Russian, Oliver bides his time waiting on Diggle by drinking a lot of vodka at the hotel bar. Apparently, vodka is something he and Isabel have in common. Vodka and their obvious up-front sexiness brings glasnost, and Isabel presses on Oliver's relationship with Felicity. After all, a billionaire CEO just suddenly decided to fly his blonde, mini-skirted secretary overseas on a "business trip." "Her skirts aren't that short," Oliver meekly defends. But yes, obviously, everyone at Queen Consolidated assumes Felicity's promotion from I.T. to executive assistant to the CEO has nothing to do with her professional qualifications. We learn a few things about Isabel: that she's very, very flirty and attractive when she's not foaming at the mouth in a board room, she was born in Russia, and moved to America when she was nine. (Or are these all lies if Isabel is secretly, as I suspect, Talia Al-Ghul? Hey, Bruce Wayne was fooled by the exact same thing just two summers ago.) After seeing this new softer side of Isabel, they make to his penthouse suite where Oliver sees all sides of Isabel.

Naturally, Felicity knocks on the door and Isabel makes a show of leaving Oliver's penthouse. We can add Isabel Rochev to Oliver's personal List, along with Sara and Laurel Lance, Shado, McKenna Hall, and Helena Bertinelli. Man, that is a great list. Unless you're Felicity Smoak and your name's not on it, even though you'd like it to be. Or at least on a different, better List, with no other names. I think that's what Felicity hopes for. Later, when the subject is broached back home at Queen Consolidated, we realize that Felicity and Oliver never had that awkward conversation about certain... feelings... between them that always get shoved to the back burner because of the "more important" work of the Hood. But for now, waiting outside the gulag, it's just awkward. Oliver: "So we're not doing 'What happens in Russia stays in Russia?' anymore?" Felicity: "We're still in Russia!"

Diggle face to face with Deadshot, the man he most wants to kill, never seems to result in Diggle killing Deadshot like he says he always wants to. Diggle quickly learns that Lyla came into the gulag for Deadshot himself, and he knows where she is. The deal is Deadshot's help for coming along during the extraction. Working together against the Russian guards, Diggle and Deadshot find and rescue Lyla. All that's left is extraction, which Felicity enabled via the coat Diggle was wearing when he was pinched; they expected the guards to steal Diggle's belongings, so she rigged it with an explosive pin. KA-BLAMMO!! Also, wait, what? Felicity just, like, murdered a few people. What happened to the "No Killing" rule? Oliver's really, really loose on enforcing his new moral code. Oliver takes out the remaining guards so Diggle, Lyla, and Deadshot can vamoose with Oliver, Felicity and Knyazev. If Deadshot is curious what Oliver Queen is doing there, who the blonde is, or really, anything about this weird group with Diggle, he kept it to himself. But one thing Deadshot chose not to keep to himself: the truth about the murder of Diggle's brother. When Diggle lets him loose, Deadshot drops the bomb that Diggle's brother was the target of the hit, and the hit was contracted by H.I.V.E.! (Later, Diggle, like many people including myself, hit their browser to Google H.I.V.E.) And with A.R.G.U.S. and the League of Assassins, there are now three shadowy organizations within the Arrow universe.

And thus, Team Arrow along with Lyla and Isabel arrive from Russia with love. And they land in Boston, too, once again substituting for Starling City.

As the Queen jet opens its doors to disembark its weary, glamorous passengers, we suddenly realize that not once while he was in Russia did Oliver don the green leather of the Hood! Did Felicity even pack his compound recurve bow and arrows?

Back in Starling, where news of protests over that particle accelerator in Central City is all over Channel 52, Moira Queen's attorney Jean Loring (I knew it!) drops by Verdant to politely request Thea stop dating Roy Harper. (Jean must have gotten my many tweets and emails.) She believes gallivanting with a criminal like Roy would hurt the defense her mother is trying to build as a loving parent who had no choice but to aid and abet Malcolm Merlyn's murder of 503 people to save her own children. Roy's recent arrest, after helping the Hood break up an arms deal in the Glades and literally quivering when the Hood appeared from behind him to admonish him for being "exposed," is just the tip of the arrow. (Roy and Quentin Lance come to an understanding after Roy reveals they're both on Team Arrow.) Thea, a good daughter, dutifully dumps Roy. Instead of wondering if this also means he's fired as her bus boy, Roy makes a beeline to Iron Heights and meets the Queen mother for the first time. Moira flat out tells Thea she can date who she wants regardless of whatever her defense attorney thinks is best for the trial. She's a wonderful mother. After all, how many accused mass murderers in prison would allow their billionaire heiress daughter to continue dating a low level criminal and secret informant to a vigilante? Mother of the Year. But you know what, it was a sweet moment in a continuing series of sweet moments between Moira and Thea.

Five years ago on Amazo, Oliver bids goodbye to his cage neighbor Anatoly Knyazev, is dragged into Anthony Ivo's chambers and comes face to face with Sara (Yay! She's still on the show!) Lance. Oliver falls for Sara's trick of offering him an olive branch and letting him radio Slade (recovering from half his face being burned off) and Shado, confirming they are alive and not in fact dead like Oliver lied. Ivo also drops some intriguing hints as to what Amazo is doing searching the Island: Ivo is looking for a World War II Japanese version of a super soldier serum buried somewhere on Lian Yu. In Sara's defense, she's been living a year as the prisoner and girl friday of Ivo, and she did come up with a way to spare Oliver's life. But this super soldier serum ("mirakuru" or "miracle") is intriguing; no doubt a vial of it is soon meant for Slade to turn him into Deathstroke. Ivo informs Oliver that he's going back to the Island! Well, it was fun being shot and imprisoned on Amazo while it lasted...
Posted by Back of the Head at 8:19 AM