A Note About TV Recaps 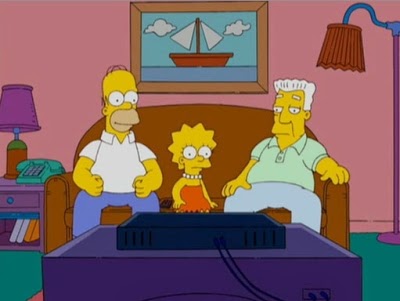 I've gotten a few inquiries about why there haven't been recaps of recent episodes of Arrow and Agents of S.H.I.E.L.D. on Back of the Head. First, thank you for noticing. Second, I might as well make the announcement:

I've decided to end writing recaps of television series for the foreseeable future. Never say never, but right now, they are kaput. A few factors weighed in on my decision. First is time. Basically, I find as I grow increasingly busy, I'm finding less and less time to keep up with watching my shows on a weekly, timely manner, much less write detailed, comedic (is always the goal) recaps about each episode. Frankly, I've felt like I haven't been doing my best work for the last few weeks. Also, the recent shut down of Television Without Pity because of a reduction of traffic was a sign of where the Internet is headed when it comes to full-length recaps of television. I too have seen a reduction of site traffic when it comes to recaps; fewer and fewer people seem interested in reading full length recaps.

As site traffic gradually drops, the imminent arrival of a brand new slew of superhero and comic book related television shows was also looming. If I felt I was stretched thin by S.H.I.E.L.D., Arrow, and Game of Thrones, there is also Gotham, The Flash, Constantine, and the upcoming Marvel Netflix shows soon. Was I going to recap them all? For free? Drop some and pick up others? Which ones? The answer I arrived at was: No, none of them, none of that. It was the only sane answer.

There's also Twitter; it's a lot of fun to watch TV shows as they air live and live Tweet along with the cast and writers. Bantering with and getting RTs and Favorites from Clark Gregg, Chloe Bennet and Ming Na of Agents of S.H.I.E.L.D., Stephanie Beatriz, Chelsea Peretti, and Melissa Fumero of Brooklyn Nine-Nine, and the writers of Arrow is incredibly satisfying.

None of this means a complete absence of television show coverage. I expect I'll always have things to say, discuss, analyze, and joke about regarding all of those and other television shows. I continue to have this forum to do just that in a longer length than 140 characters.

What will likely happen now is a move towards themed essays about shows as I decide I have things I'd like to discuss at length. For instance, I've been kicking around a piece about the redemption of Laurel Lance's character on Arrow for a little while. And as Agents of S.H.I.E.L.D. continues its remarkable turnaround* into a can't miss, kick-ass show in the wake of Captain America: The Winter Soldier, I expect I'll have much to muse over by the time S.H.I.E.L.D. reaches its finale.

So, less TV on Back of the Head from here on out, but with any luck, less will mean more.

Thanks for reading, as always.

* I picked a hell of a time to quit writing about S.H.I.E.L.D. And Arrow. Both shows have never been better.
Posted by Back of the Head at 11:49 AM