With Or Without You

With Or Without You 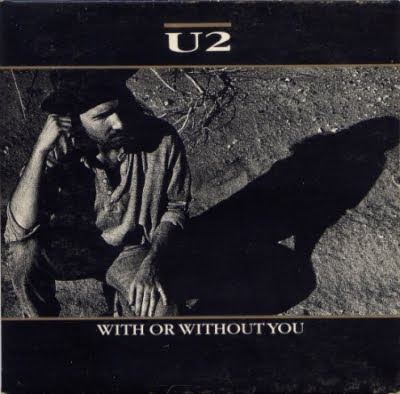 
A funny thing has happened to me recently in regards to my U2 fandom: I've finally come around to liking "With Or Without You."

For 20 years I've hated that song. There are lots of U2 songs I love ("A Sort of Homecoming", "Where The Streets Have No Name", "The Fly", "Ultraviolet (Light My Way)" for example), lots of songs I like a lot ("All I Want Is You", "Elevation", "The Sweetest Thing" for example), and a good plenty of songs I'm fairly indifferent to (half of the "All That You Can't Leave Behind" album, most of the "Pop" album for example). That's right, I don't even hate that electronica shit on "Pop." But since virtually the first day I heard "With Or Without You" 20+ years ago, I've hated it.

"With Or Without You" is arguably U2's signature song. Probably their most beloved when it gets right down to it. (I prefer the similar, anthemic "One", myself, which is probably the band's second most popular song.) "With Or Without You" was the song that launched "The Joshua Tree", the album that made U2 a superband back in 1987. Rolling Stone says it's number 131 on the list of The 500 Greatest Songs of All-Time. (Rolling Stone also says "One" is number 36 on that same list and the #1 song of the 1990's.) "With Or Without You" is also a concert staple, a sing-along anthem for live crowds. It's both a romantic song and a breakup song. Still, I hated it.

For years, I refused to listen to that song. The first time I had to (before U2 3D) was at the 2001 concert for the "Elevation" tour I attended at the TD Banknorth Garden (it may still have been the FleetCenter back then). I was seated one row in front of a couple of muscled up jock dudes. When U2 began playing "With Or Without You", these two jock dudes's faces suddenly lit up and they hugged each other. That was weird. I guess that song really brings out the passion of the jocks. While the rest of the arena sang along to the song, I pretty much stood there impassively waiting for it to end. Boy, did I hate that song.

So why did I hate it so much? My main beef with it is the lyrics. I never understood what the point of the song was. "I can't live with or without you"? What the hell does that even mean? Logically, you can do one or both. People found this notion or this song somehow romantic or touching or tragic. It never made sense to me. "I can't live with or without you"? It sounds like an anthem for quitters.

Anyway, what changed? The first time I noticed that I'd softened on "With Or Without You" was when I watched U2 3D on the IMAX. In my review, I wrote: "...it was touching to see Bono physically spent, his voice quivering to make the final notes of "With Or Without You", letting the audience do most of the work (which they gladly do)..." And I meant it. I was moved by how the Buenos Aires audience reacted to the song. Funny how I wasn't moved when I was there live but the 3D crowd reaction impressed me. Bono didn't even perform "With Or Without You" very well, and I don't think he puts that much effort into singing it anymore. He might be sick of it. It happens. However, I was impressed with it at U2 3D for whatever reason.

As the universe can often do, it decided to fuck with me. For the entire month of February, whenever I was alone in the car and turned on the radio, I heard two songs for some reason: Tracy Chapman's "Fast Car" (I won't be writing a "Fast Car" essay) and "With Or Without You." Instead of changing the channel on the latter, as I usually do, I listened to the fucking song. And I did it again the next time it came on. Then I started to like it.

I still don't like that one line. But I've come around on "With Or Without You". Did the 180. I don't skip it on my iPod anymore. I don't change the channel on the radio. I won't be scowling with my arms crossed next time U2 plays it in concert. It is a beautifully composed, haunting rock song by a rock and roll band at the very point of achieving their maximum potential. Of course, you already knew that. Deep down, so did I.

And you give yourself away
Posted by Back of the Head at 8:15 PM