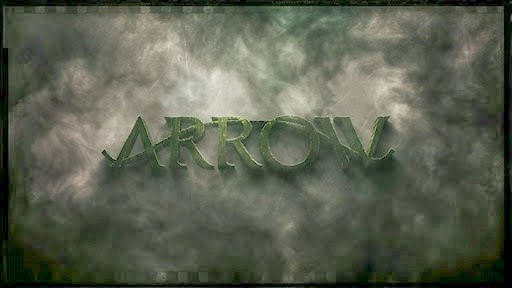 One day, while guarding Felicity's body from the potential threat of Slade Wilson snapping her neck, John Diggle receives a booty call from his ex-wife/current girlfriend Lyla. Next thing he knows, Diggle is plunged into an international incident of murder and deceit alongside some of DC Comics and Arrow's shadiest super criminals. Diggle becomes a member of the Suicide Squad. The Suicide Squad is a hell of an idea: force incarcerated super villains to do black ops for the government. If they die in the process, cool. If they attempt to escape, cool -- an implant in their head detonates and kills them. If they succeed, that's good too. For the Squad's overseer and A.R.G.U.S. bigwig Amanda Waller, DC Comics' premiere super spy and super bitch, it's a win-win-win concept. Well, until Diggle gets involved. That Diggle, so "rigid" (according to Lyla) and determined to see the world in black and white (not a race thing). You can't take Dig anywhere.

Diggle's foray with the Suicide Squad begins, as many of James Bond's do, post-coital. Waller was nice enough to let Diggle and Lyla wrap up in the Ostrander Hotel suite (named for comic book writer John Ostrander - he must be very proud to have his name coined as a sex room. I know I would be) that all A.R.G.U.S. agents use for secret sexy time. Waller brings both Lyla and Diggle back to A.R.G.U.S. HQ to brief them on a terrible chemical agent in the hands of a terrorist named Gholem Qadir, an old acquaintance of Lyla and Diggle's. You see, six years ago while Oliver Queen was trapped on a hellish Island, Lyla and Diggle were serving in Afghanistan getting shot at while herding refugees. Diggle saved Qadir's life; Qadir later became a high value informer for the US Government and went free. Now Qadir has this chemical agent and Waller wants it, as she explains while checking off countries that exists in the DC Universe: Khandaq, Qurac, and Markovia. Qadir was actually the mysterious buyer of Malcolm Merlyn's earthquake machine a few episodes ago.

Unfortunately, being strong armed into the Suicide Squad means Diggle has to work alongside guys he and the Arrow have fought in the past: Shrapnel, Bronze Tiger, and the one that really pisses him off, Deadshot, his arch enemy and the man who killed his brother. Worse, Diggle gets the lamest codename: Freelancer (Black Driver is better). Lyla meanwhile is Harbinger, her character's classic comic book name from the Crisis. No clue why Waller is Mockingbird and not The Wall. Though he hates Deadshot and isn't all that fond of the Suicide Squad, at least Diggle doesn't have that bomb in his head rigged to explode. If there's one thing that would really piss James Bond off about the Suicide Squad, they all have the irritating habit of touching their ear when speaking on comm -- the most obvious dead giveaway that they're spies.

Once in Markovia, Diggle makes contact with Qadir all-friendly like, and is the target of a fake assassination attempt by Deadshot. For no reason whatsoever, Shrapnel panics and bolts out of the mission, and out of the series as Waller explodes the device in his head. So long Shrapnel, and thanks for joining the Arrow universe, Sean Maher. That was weird and pointless, except to show off how Waller killing a Squad member works. Later, in a gala ball in a mansion owned by Qadir, Deadshot sneaks his way into the secret sub basement and discovers the chemical agent he's supposedly able to "pocket" is actually a room full of tanks of the stuff. Waller's been lying to them! Plus she sent a drone to blow the whole mansion up.

For some reason, Diggle decides he has to save Deadshot, who's not interested in skedaddling back to the rally point. Diggle, who got to know Deadshot a little bit and knows he does merc work to provide for his young daughter named Zoe he never sees, invokes Zoe to get Deadshot to not commit suicide. In that moment, Diggle explains to Lyla, the man he hates most in the world showed more character than Amanda Waller, who's charged with guarding the world. Funny how that works. Turns out Amanda Waller runs the Homicide Squad along with the Suicide Squad. Also, Bronze Tiger was there too and killed Qadir. And the drone tried to murder the Suicide Squad until Lyla and Diggle tricked it and blew the drone up, It was really kind of a slapdash op, this whole Suicide Squad business. Waller concludes this messy affair by giving Diggle a dressing down and sending him back to the waiting arms of Oliver Queen, who may not have noticed Diggle was AWOL and went off to Eastern Europe for a few days.

Oliver's quivering in fear. He says he's not and he's full of surly, grim-faced bravado, but he is totally terrified of Slade Wilson and what Slade can do to his family and friends. Haunted by nightmares of bloody Shado in his bed calling him a murderer, Oliver irrationally starts burning bridges. He asks the Russian Bratva to find Slade, refuses to do them a favor in return, and earns their emnity. What's Russian for "he's acting like more of a jerk than usual?"Oliver shuts Sara out while he stomps around Verdant above ground and below ground. Felicity has to chide him that they are still crime fighters and sends him off to stop a burglary at Giffen Street (named for comic book writer Keith Giffen), where he's unaware Slade is stalking him in full Deathstroke armor until Oliver finds the present Slade left for him: his old Deathstroke mask with an arrow through the eye. Later, when the Bratva comes through for Oliver with Slade's address, Oliver invades Slade's lair to find the Bratva's leader dead with an arrow in the eye and a home movie of Shado playing on the wall. This freaks Oliver out.

Luckily, Laurel and Sara are there for him. The Lance sisters are getting along again and Laurel is sober, downing virgin cocktails Sara whips up from behind the bar. Laurel actually was able to talk some sense into Oliver, who scoffs at her assertion that she knows him better than anyone. Then Sara, who he tried to break up with as if Slade would suddenly not attack Sara if he hears they're no longer together, finally reaches him and gets him to admit he's afraid and doesn't know how to beat Slade. No more tough talk from Oliver. Sara and the Canary are standing by Oliver and the Arrow. But Oliver has another idea and goes to see "an old friend": lo and behold, Oliver Queen drops by A.R.G.U.S. because he personally knows (and hates) Amanda Waller. And Waller has intel to share, about a mercenary who's cut a swath of death and destruction around the world and into Starling City: a man they're calling Deathstroke!

However, the single most important takeaway from "Suicide Squad" is the prisoner in one of the cells who claims she's a trained therapist. Harley Quinn exists in the Arrow universe! And she was voiced by Tara Strong, who plays Harley in the Batman Animated Series. This way well be Arrow's best easter egg ever, puddin'.