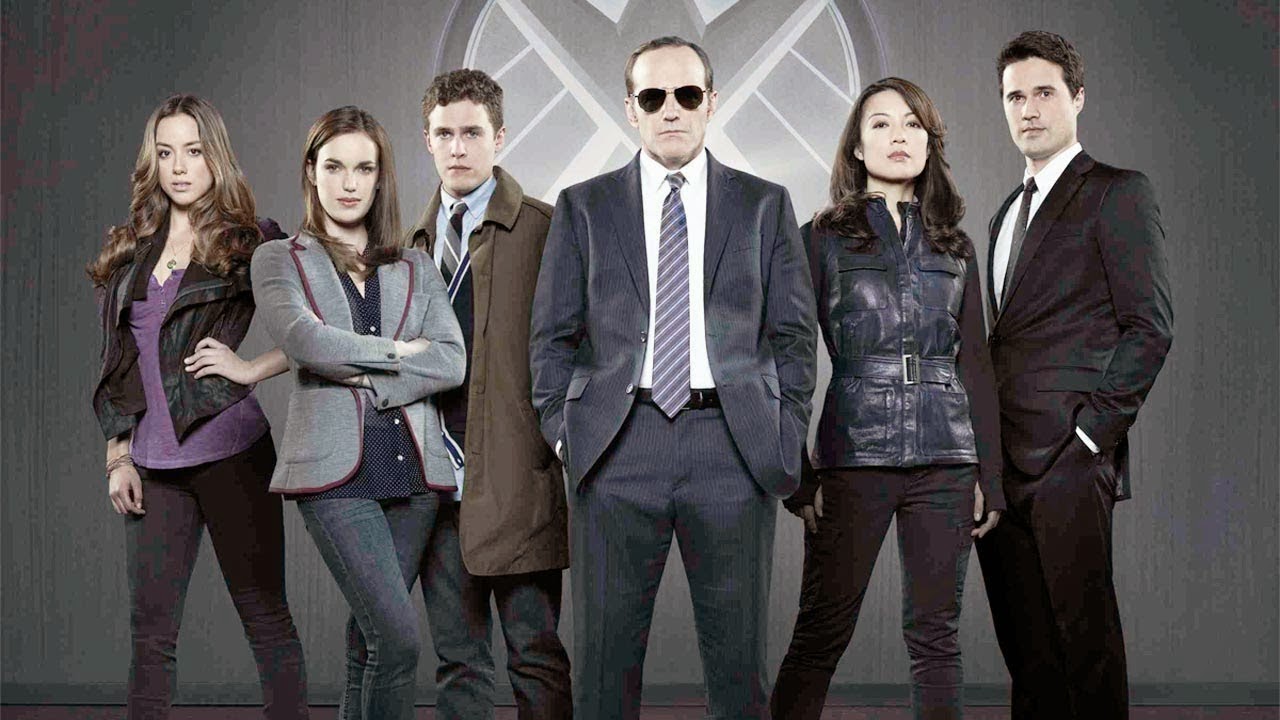 The following recap of Marvel's Agents of S.H.I.E.L.D. will be decidedly pro-Lorelei. Lorelei! Isn't she wonderful? Yes, she is. Beautiful, dangerous, seductive -- did I mention incredible? Wow. I'd follow her on the Bifrost across the Nine Realms into the Dark World and back again. Or at least to that penthouse in Vegas Ward took her to. Oh, and Sif was here too. She's cool. Pretty cool. A little stiff, that Sif. A bit too rigid about being a good soldier and following orders, which is why she gets along with S.H.I.E.L.D. so well and can be taunted about never getting any quality hammer time with Thor. Sif is great, but I'm afraid she is no Lorelei. Lorelei! Where for art thou, Lorelei?

"Yes Men" brought the hottest Asgardians who aren't the blond-haired, hammer swinging Odinson to Marvel's Agents of S.H.I.E.L.D. and they all got to play nicely together. But mostly not nicely. Making the most of guest stars Jaimie Alexander from the Thor movies as Lady Sif and Elena Satine of Smallville and Magic City as Lorelei (LORELEI!), "Yes Men" put the gorgeous ladies of Asgard front and center in a smashing episode. And as Asgardians are wont to do, they left quite a bit of destruction in their wake, physically for Coulson's airplane and emotionally for Coulson's team.

Sif was surprised but pleased to find the Son of Coul alive after Thor reported his heroic death before the battle of New York two years ago. For Coulson's part, he's seen Sif in action in New Mexico and was glad to have a heavy hitter from the Marvel movies swinging her double sided sword for the good guys. Plus, it's a big bonus that she can work Fitz's holo table. Coulson wasted no time grilling her about any blue aliens she might be aware of (the Kree get the most significant shout out) but Sif assures Coulson no blue aliens have visited Earth. Coulson knows better, though, and the blood of blue aliens is foremost on his mind, as it's also coursing through his veins as well as Skye's.

According to Lady Sif, Lorelei is a terrible threat to Earth. She was imprisoned on Asgard for 600 years, with a golden collar preventing her from speaking and thus controlling the hearts and minds of men. But after the events of Thor: The Dark World, Lorelei broke free and escaped to Earth. And I for one welcome our gorgeous would-be queen. As soon as Lorelei arrived, a guy who was on his honeymoon and then a swarthy biker gang fell under her thrall. Though a newcomer to this realm, Lorelei quickly grew aware she was scraping the bottom of the barrel for lackeys, but the answer to her prayers (not that she prays) arrived in the form of Agent Ward. Ward arrived with Sif and the Agents of S.H.I.E.L.D. to apprehend Lorelei. All it took was some cooing and her sweet gentle touch for Ward to quickly turn, steal a Harley and abscond with Lorelei to a place much for fitting for a woman of Lorelei's stature: Vegas, baby! A penthouse in Caesar's Palace, no less. Probably the Mike Tyson Tiger suite in The Hangover. But the only tiger in this suite was Lorelei, who jumped Ward's bones and showed him her dark world. That Ward, luckiest guy on Midgard.

It didn't take long for Ward to come up with a plan to go on the offensive against his S.H.I.E.L.D. mates. Before Coulson, Sif, and May knew what was happening, Ward and Lorelei had taken the plane, with cheerful help from an amusingly enthralled Fitz. They tried blowing Sif out of their prison cage, but she's really good at not dying and instead hanging on to the outside of airplanes. Meanwhile, Lorelei slapped May around and taunted her that Ward is now hers and confessed that the one he secretly loves isn't the Cavalry he has sex with. Soon, with help from Simmons and by punching out Fitz (Simmons: "Poor thing. He's always getting knocked out, isn't he?") Coulson saves Sif. Sif and Lorelei can have an Asgardian lady smackdown while Ward and May tear the plane apart working out their issues. Sadly, Sif bests Lorelei in physical combat and slaps on the collar that stole Lorelei's sweet voice away. Her spell is broken and Ward and Fitz are back to normal. Though it all came at the cost of May and Ward are now done being not so secret groin buddies. But I must ask, what crime did Lorelei commit that she must be punished so severely? All she did was get some bikers and some cops to fight off S.H.I.E.L.D. and Sif for her. Sure, he broke up a marriage, but so what? That suite in Vegas? Ward paid for it. Why, it was Sif who kicked the door down and damaged Caesar's Palace private property! It's simply unfair Lorelei was taken away from us so soon.

The good news is Skye is alive and, if not well, because as Simmons points out, she was shot twice, her stomach perforated, and was only saved by a mysterious serum made from blue alien blood, she's at least acting normally. Simmons constantly takes samples of her blood but can't determine it's properties, going so far as to yell at Coulson about his stonewalling her ability to report her findings (or lack thereof) to S.H.I.E.L.D. But Coulson has his reasons ("Tahiti sucks") and it's this: He wants answers and S.H.I.E.L.D. is not the place to get them. Rather, they'll do whatever they can to stop him. Coulson needs to know just what the hell Nick Fury knows and why he went to such lengths to bring Coulson back to life, and so do we. Finally, Coulson explains everything to Skye about the blue alien blood that kept them both from meeting their maker, and Skye is pretty non-plussed about it all, simply grateful to be alive. Now, Coulson lays out the endgame for season one, that he and Skye will do whatever it takes to get to the secret of Tahiti and the blue alien -- only for This Week's Shocking Reveal to drop that May has been spying on them the whole time!