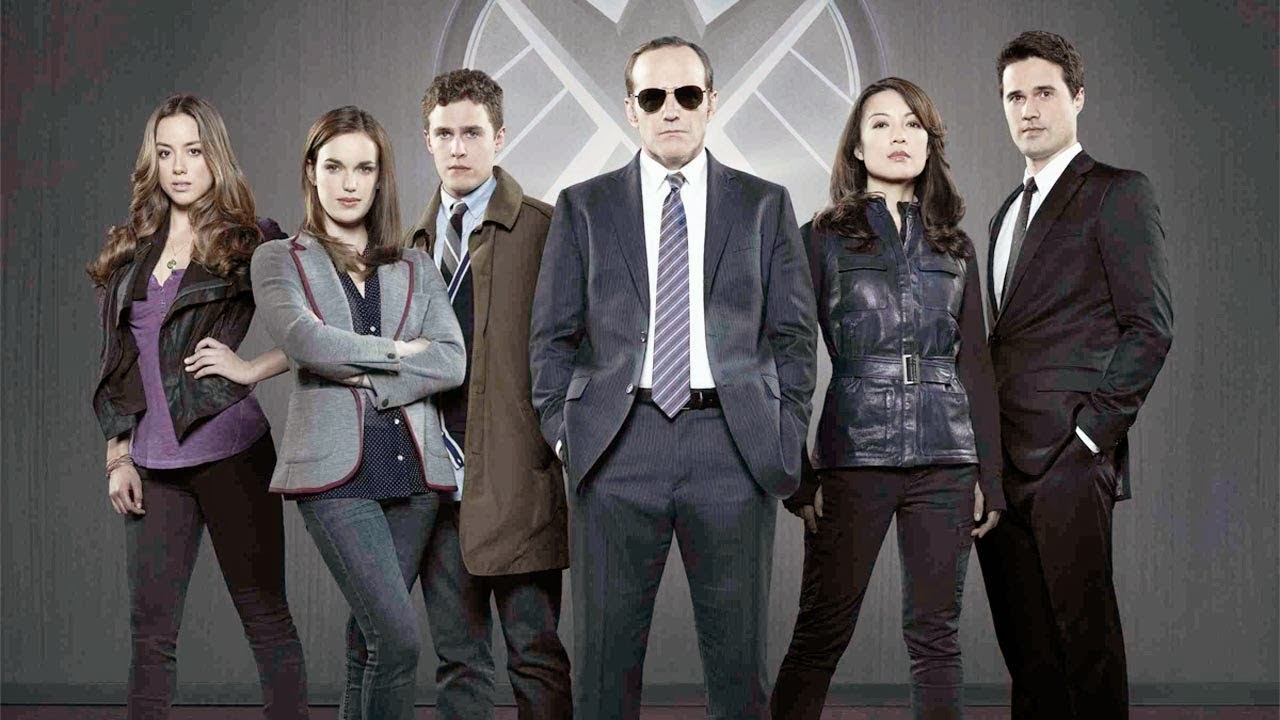 In the new sequence of episodes Disney marketing has hashtagged Marvel's Agents of S.H.I.E.L.D. #Uprising, "You can't take the Skye from me," is the driving motivation behind Coulson and his Agents of S.H.I.E.L.D. This week, the team goes all out in their quest to save a dying Skye, even if it involves disobeying direct orders to release the incarcerated Ian Quinn to S.H.I.E.L.D. custody. Indeed, Coulson is so determined to keep Skye in the land of the living, he finally reveals what he knows of the secret behind his own resurrection to Fitz-Simmons. "It's illegal for us to even read this," Fitz warns, but nothing is off-limits when it comes to saving one of their own. So the secret's out, or at least, the 70% of the secret Fitz-Simmons could understand of how and what methods were utilized to bring Coulson back from the dead after New York. What would Skye want?" Simmons muses for a moment, paying lip service to the ethics of whether it's worth going to such extremes to bring Skye back, but no one really embraces that counter argument. Skye would of course prefer to remain on the show. Let's make it happen!

As Fitz-Simmons' investigation into Coulson's resurrection reveals a non-S.H.I.E.L.D. facility called the Guest House where his operations took place, The Bus welcomes a couple of visitors and a Special Guest Star: Agent John Garrett (Bill Paxton), who brought along his specialist Agent Triplett (B.J. Britt). Tripplet is Garrett's replacement for Ward when Ward decided to join up with Coulson's TV crew. Paxton has been chasing Quinn himself for months and lost some Agents of his own in the process. They're not above threatening to throw Quinn off the plane, even after a furious May delivers a mighty violent beatdown on Quinn that bloodies up that pretty face of his. Quinn claims the Clairvoyant told him to shoot Skye as part of his elaborate plan to discover the one thing he can't see: how Coulson was brought back to life. The Clairvoyant's gamble was that Coulson would attempt to save Skye by finding the same methods he himself was resurrected, which is correct.

Upon locating the Guest House, Coulson, Ward, Garrett, and Fitz encounter heavily armed resistance guarding the place, but it doesn't take long for them to hack and then blam blammy shoot their way in, precisely in that order. Fitz is able to locate the mysterious drug that saved Coulson - GH-325 - and they go on to explode the Guest House in the best James Bond fashion. However, Coulson can't quite leave when he discovers the room marked "T.A.H.I.T.I." He's drawn into the magical place, which is really an operating chamber of mysterious tubes mining chemicals and fluids. When Coulson opens the chamber the tubes originate from, he finds... what the hell is that? Is it a Life Model Decoy? Is it an alien? It's something, or half of some humanoid, and the GH-325 chemical is coming from it. Naturally, this freaks Coulson out, enough where he screams the GH-325 not be used on a convulsing Skye, but what the hell, they didn't come all this way to not use the mysterious drug to save their dying consultant.

Whaddaya know, it worked! Skye doesn't die. She's not out of the woods yet, but the GH-325 is keeping Skye alive and slowly healing her. While Coulson and Garrett lead their away team in the Guest House, Triplett got to bond a bit with Simmons (this is after a very brief, very Marvel-esque, brawl with Ward -- in the Marvel Universe you fight your future ally when you first meet before you Marvel Team Up. It's tradition). Triplett gets the hots for Simmons, and we are also allowed a moment to consider just how invaluable (and attractive) Simmons is to this team, and how it's Simmons (and Elizabeth Henstridge) who may actually be the breakout star of Marvel's Agents of S.H.I.E.L.D. when season one is done. It seems odd for Garrett to bring in another field capable Agent and then the episode leaves both Garrett and May out of the action scenes in the Guest House, but whatever. Garrett is quick to note and tell Coulson his man Trip has the hots for Phil's biotech girl. This is after they really lay into Quinn what a failure he is, how they have him nailed for confessing to shooting a 24 year old girl twice in the gut, and haul him into S.H.I.E.L.D. custody. Maybe Quinn and The Girl in the Flower Dress can both die together in an inevitable future Helicarrier accident. For his part, Coulson doesn't confess to May about whatever he saw in the Guest House. But whatever it is, its fluids are pumping in both Coulson and Skye's bodies.

So, all's well that ends well, sort of, as Skye hasn't woken up yet. But new problems are afoot in Death Valley, California as the Rainbow Bridge from Asgard brings forth something sexy, which Asgard is wont to do: Lorelei (Elena Satine) has come to wreck marriages and enslave Midgard, apparently in that order. To foil her next week, Asgard will send not Thor but someone equally sexy...

Asgard, you're just so good to us.