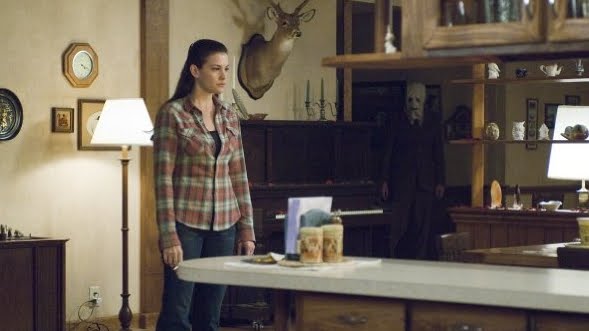 Liv Tyler's Afraid of Something
Beautifully shot but pointless. Liv Tyler is lovingly photographed and the cinematography is excellent: all moody blacks and warm browns. A young couple is attacked in their country home by masked psychos. The first act is remarkably good with solid performances by Tyler and Scott Speedman trying to sort through a dramatic crossroads in their relationship. Then there's a pounding at the door and the B-movie horror schlock kicks it, though gradually and with an effective bit of dread at first. There's a novel moment involving who Speedman shoots with his shotgun that's really the only interesting part of the horror story. Ultimately, The Strangers reveals itself as maddeningly grim and nihilistic.
Posted by Back of the Head at 10:57 PM