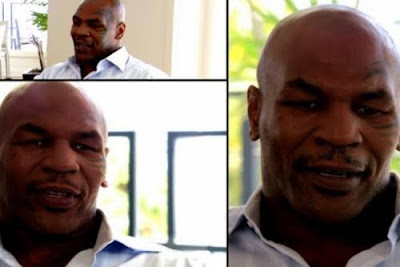 Went into Tyson expecting the wall-to-wall hilariously absurd boasts of his later years when he fought Evander Holyfield. Instead found a tired, deeply reflective former heavyweight champion dealing with a lifetime of regret peppered only with fleeting, empty memories of his past greatness. In his own words, Mike Tyson narrates his entire life, describing his angry childhood of being bullied on the streets of Brooklyn, to his meteoric rise as Heavyweight Champion of the World, to his rape conviction (which he still pleads innocent to), prison time served, and his misadventures leading to his retirement from boxing. A lifetime of fighting, abuse, sex, wealth, and (he feels) misunderstanding. All of this is accompanied by bountiful footage of his fighting career and life out of the ring. Tyson remains wistful of his failed marriage to Robin Givens. He saves his harshest words for Desiree Washington, the woman who accused him of rape ("that wretched swine"), and Don King ("that reptilian motherfucker"). Throughout, Mike Tyson is surprisingly eloquent, clear-eyed, and gentle. Can't help but feel bad that the former Baddest Man on the Planet may just be the saddest man on the planet. But DJ Jazzy Jeff and The Fresh Prince were wrong: I don't think we can beat Mike Tyson.
Posted by Back of the Head at 3:46 PM