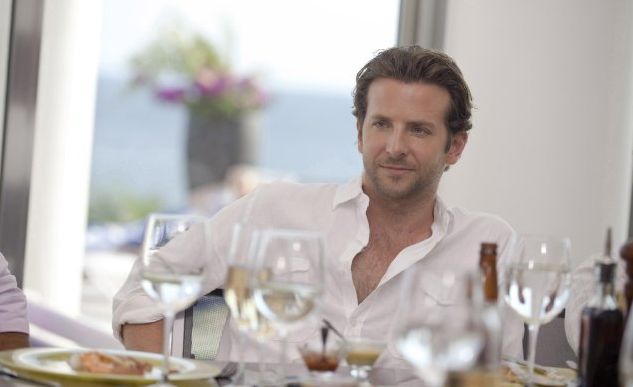 ** SPOILERS **
The stylish but empty Limitless poses intriguing questions: What if you could take a pill that could unlock full access to your brain? What if you could be the perfect version of yourself? What would you do? Then Bradley Cooper takes such a pill, and Limitless spends the rest of its running time answering this question: What if you're kind of an asshole and unlocking the "perfect version of yourself" just makes you a bigger, morally bankrupt asshole?  In Limitless, Cooper is a grungy, struggling writer on the fast track to nowhere, living in a roach-infested Chinatown apartment, recently dumped by his successful knockout girlfriend Abby Cornish. One day he runs into his skeevy ex-brother in law who offers him a pill ("USDA approved," he lies) that unlocks the full capacity of his brain. Operating at genius level, Cooper finishes his novel and gets his act together. When he crashes, he naturally wants more, even when his ex-brother in law is murdered for the drugs stolen from a shady pharmaceutical company. Cooper finds the hidden stash, continues taking the drugs, and becomes that "perfect version of himself". Armed with "limitless" intellect and the capacity to do just about anything, Cooper does... what? He decides to make money in the investment trade, under the tutelage of investment kingpin Robert De Niro. Yawn. Cooper's "perfect version of himself" is just a greedy, self-absorbed drug addict who wants to make money for money's sake, and maybe one day become President of the United States. Limitless never pauses to consider why the audience would even want Cooper to succeed. After an intriguing first act, Limitless squanders its limitless potential, with plot holes piling up as the movie careens forward with ludicrous plot twists and preposterous action set pieces as Cooper is chased by shady assassins and Russian gangsters, all seeking the drugs to make them limitless. When he learns of the debilitating side effects and the sordid body count of the others who have taken the drugs, trying to be limitless, like his suffering ex-wife Anna Friel, Cooper... heeds no warning and does nothing differently. A compelling moment where Cornish takes a pill and becomes limitless to avoid being murdered in Central Park goes nowhere; she had no problem getting off the drug, unlike everyone else who crams it down their throat. Limitless is ultimately sunk by its own limited imagination. Cooper slurping limitless drug-spiked blood off the floor was the high point of Limitless.
Posted by Back of the Head at 9:55 PM