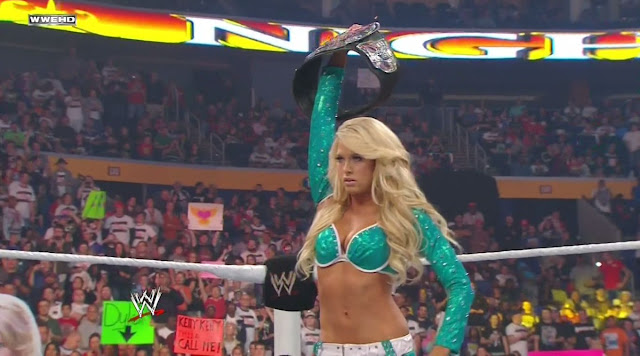 At WWE Night of Champions, Kelly Kelly did it again! In front of a hostile, partisan crowd rooting heartily for hometown girl Beth Phoenix, Kelly Kelly once again defeated "The Glamazon" and successfully defended her WWE Divas Championship.
How'd she do it? Rope A Dope, of course. Despite being physically manhandled by Phoenix, Kelly Kelly kicked out of a devastating superplex off the top rope and held on long enough to come up with a winning counter to Beth Phoenix's power bomb. 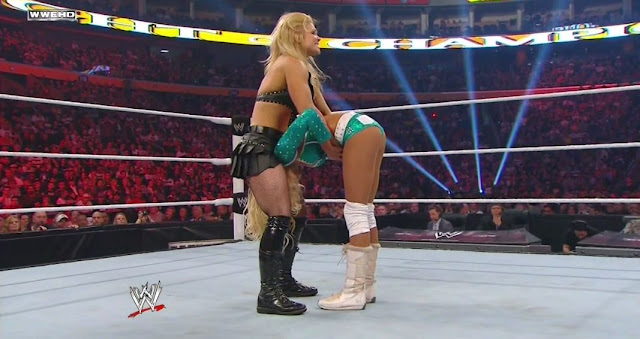 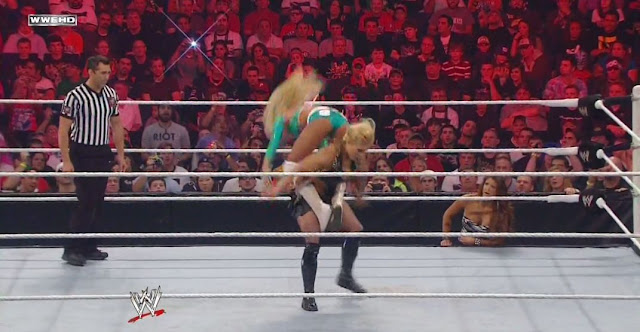 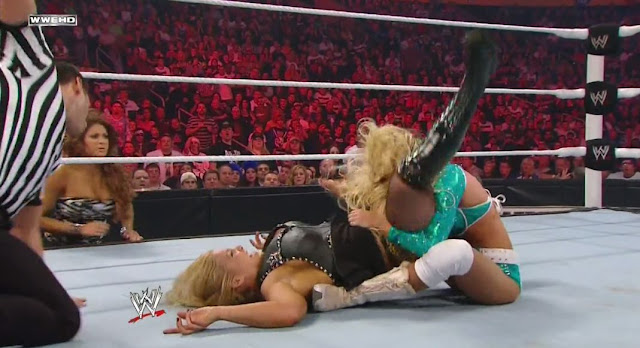 Kelly Kelly is the greatest Divas Champion of all time. 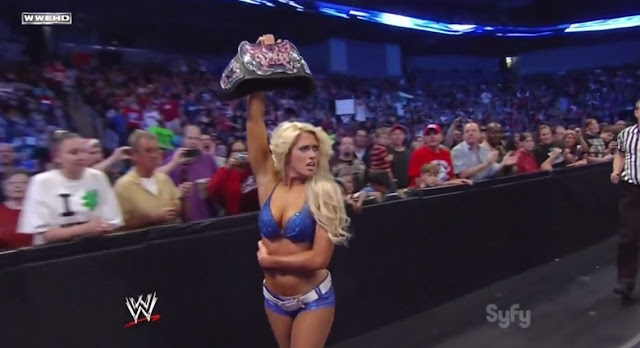 There's an intriguing story happening in the WWE Divas Division that no one is picking up on. The story isn't the so-called Divas of Doom, Beth Phoenix and Natalya, saving the division from lesser "Barbie doll Divas" like Eve and the Bella Twins. The story is about reigning WWE Divas Champion Kelly Kelly and her strategy for success.


Somehow, at some point over the summer, Kelly Kelly has figured out how to counter her opponents' finishing moves to beat them and stay Champion. She has implemented the WWE wrestling equivalent of Muhammad Ali's Rope a Dope.


Kelly Kelly knows she's not the strongest of the Divas by any means, or the most dominant, or, let's be honest, the best wrestler in the division, but she is proving she may actually be the smartest. Kelly is savvy enough to know everyone takes her for a pushover. To compensate, Kelly Kelly learned how to Rope a Dope. She survives long enough for her overconfident opponents to make a mistake and then she counters their finish and pins them.


At Summerslam, Kelly shocked the world and Beth Phoenix by countering the fearsome Glam Slam that has pulverized every woman past or present Phoenix has faced in WWE, including Kelly herself on numerous occasions: 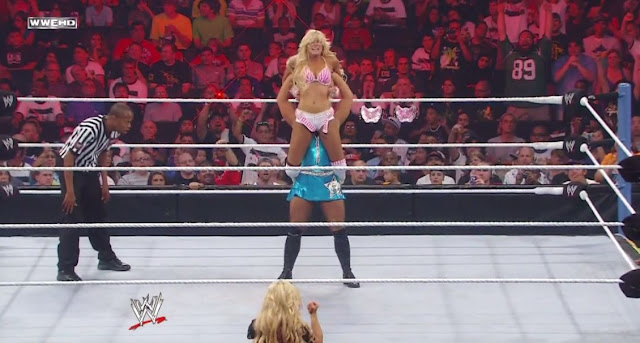 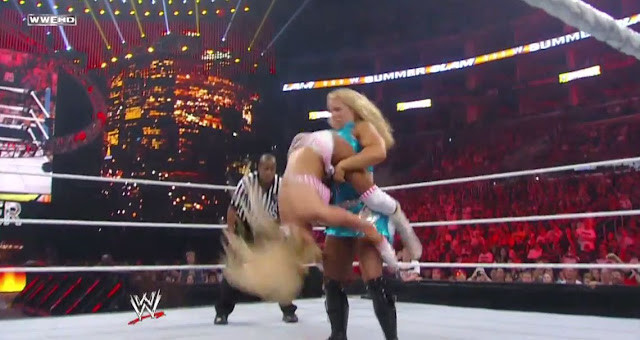 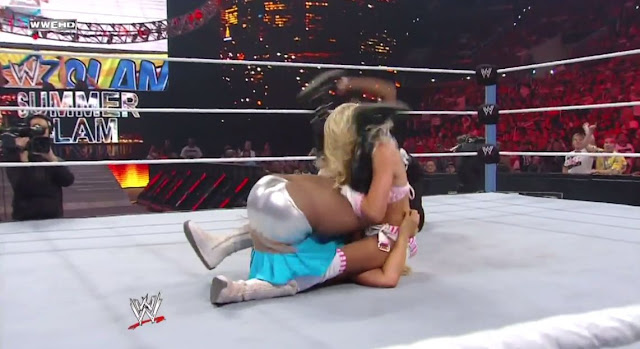 On the September 9, 2011 episode of WWE Friday Night Smackdown, Kelly Kelly faced Phoenix's Divas of Doom cohort Natalya. Like Phoenix, Natalya was as overconfident as she was physically dominant over the Champion. And like Phoenix, she was proven as a sucker. As Natalya prepared to slap on her Sharpshooter submission hold, Kelly was ready with the counter. 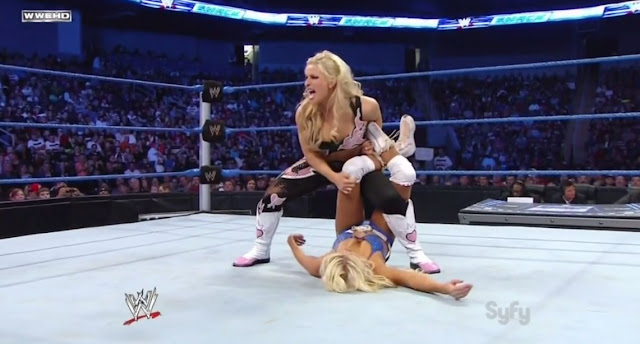 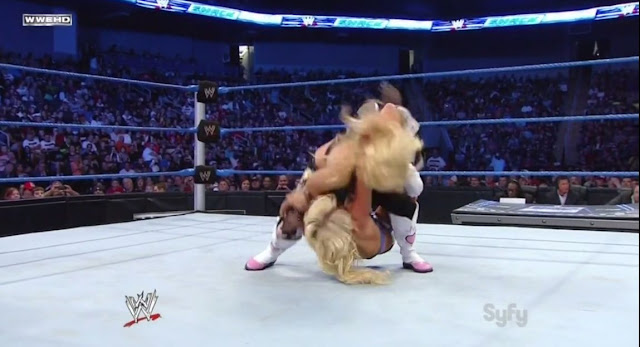 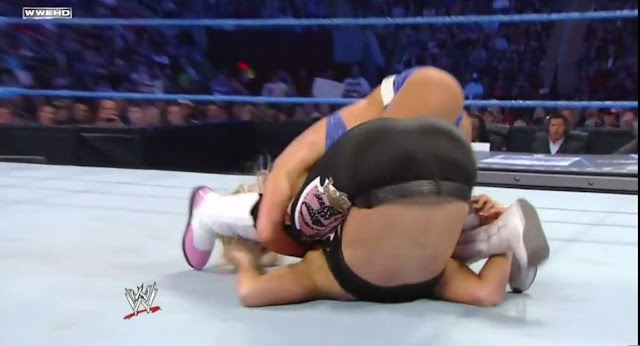 It's an ingenious strategy to stay champ. And it's working. The scorecard reads:
Kelly Kelly 2, Divas of Doom 0.
Rope a Dope. Kelly Kelly is a master of it. And it's the haughty Divas of Doom who are looking like the dopes.
Posted by Back of the Head at 2:25 PM