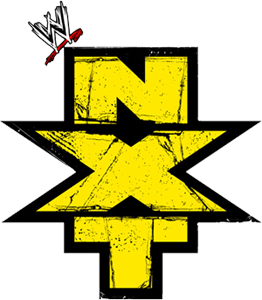 Wade Barrett really showed something special with his promos in the Talk the Talk Challenge. He's a quick thinker, and he has mic chops to go along with his size. The Winds of Change would be a good nickname for him (or at least for his finisher); it's better than the Eagle, which is perhaps too American of a bird to associate with the British bare-knuckle brusier. I don't know how much time in real life the Rookies spend with their Pros, but Barrett has clearly learned a thing or two from Chris Jericho.  When Barrett boldly announced he would one day be the first British-born WWE Heavyweight Champion, I believed him.

Of the eight NXT Rookies, Barrett has shown the most of what I believe WWE is looking for in a potential top WWE Superstar. I don't just mean a spot on the main roster: Daniel Bryan, Justin Gabriel, Heath Slater (the One Bland Rock Band) and David Otunga all show sparks of belonging in WWE in some form or another, but seven of the eight Rookies look like they're competing for a spot on the midcard.

Only Barrett presents himself as a cut above; he could have main event potential one day. Perhaps this is because he's being mentored by Jericho, the only true main eventer of the Pros.  Barrett is intelligent enough to listen and learn from the multiple-time World Champion and one of the most charismatic and successful WWE Superstars ever. It's fortunate victory in NXT is not determined by fan vote because Barrett would not win a popularity contest (outside of England). Whomever is determining NXT's eventual victor must surely see the quality in Barrett. Wade Barrett seems to have it all. (Including his own entrance theme music soon.)

Slater and Gabriel seem destined for midcard status in WWE. Otunga can talk but is miserable in the ring and everyone can see that. He's also too smug as a heel; he doesn't react to boos or show ass. The others are unlikely to win NXT, but a good gimmick or storyline at the right time can salvage anyone. Skip Sheffield and Michael Tarver have good heel potential under the right circumstances.

I was most disappointed in Gabriel. He didn't even remember he beat Otunga LAST WEEK when Matt Striker REMINDED him outright. His promo sucked. I think Gabriel's been learning a few wrong lessons from his Sensei, mealy-mouthed Matt Hardy, who can only cut a decent promo on YouTube when he's drunk in a hot tub at 4am.

Honestly, while I think Daniel Bryan is pretty great in his own right, he's got an Evan Bourne career at best in WWE. (Not that there's anything wrong at all with traveling the world and making WWE money. They all wish they had Evan Bourne's spot.) Unless he suddenly becomes a Daniel Bryan fan and gives him a big push, Vince McMahon won't know what to do with Bryan because of his size, so Vince will do the one thing he knows how to do best: use Bryan as enhancement talent to elevate bigger stars up the midcard.

The Miz really impressed the hell out of me with his motivational speech to Bryan. For the first time, he seemed interested in Bryan's success, if only as a reflection of himself.  The Susan Boyle line was clever and apt.  The DBMM on Twitter could stand a little adjustment to the Daniel Bryan Miz Meter when Bryan is performing on NXT.

But mainly, The Miz was right. Bryan, whether instructed to or not, has been bombing in his presentation as a WWE Superstar-to-be. He goofed around the keg challenge last week and he goofed around on the promo challenge - it's as if he KNOWS he has short term job security and a spot waiting for him after NXT is over. Hmmm...
Posted by Back of the Head at 10:55 AM