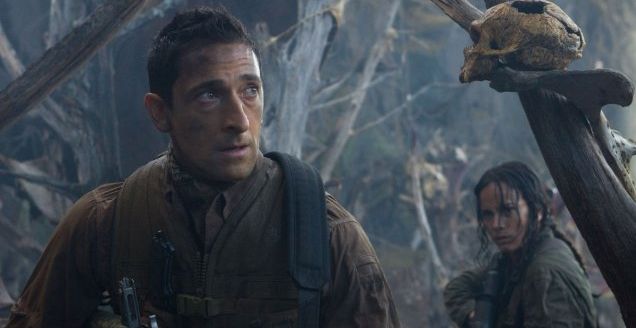 ** SPOILERS **
What made the original Predator work and endure, in my opinion, wasn't the (very) basic story of a group of heavily-armed roughnecks being hunted in the jungle by an extra-terrestrial warrior. What made Predator work was seeing Arnold Schwarzenegger, the greatest action hero of his era, take on this otherworldly beast mano e mano. (That it turned out the original Predator suit was worn by Jean-Claude Van Damme, another action icon, was a bonus.) Remove Arnold from the Predator equation and the material becomes mired in B-movie quicksand, where it remains to this day, movie after movie, cash grab after cash grab. Sadly, there are no great mainstream action heroes anymore (and virtually all of the old guard are banded together in The Expendables). Dwayne "The Rock" Johnson could have been an action god but he has opted to goof around for Disney kids. Had The Rock ascended to Arnold's throne like he should have, it would have added that extra special something to see him face a Predator. Since Arnold defeated the original Predator, there have been three more (baaad) movies starring Predators, and now three Predators are featured in Predators, in which Adrien Brody leads a motley crew of killers through an alien world, which is a Predator game preserve. Once again, Predators hunt the deadliest game of all - man. And once again, the Predators get their asses kicked! And yet, they keep on hunting man, this time going through the time, hassle and expense of kidnapping humans and bringing them across the galaxy only to have a human beat them at their own game. Think about that. Predators are idiots! A chiseled, gravel-voiced Brody makes an unlikely yet effective action hero, but he's no Arnold. In the original Predator, it took everything Arnold, the greatest action hero of the era, had to defeat the Predator. Now, Adrien Brody can do it. (And he did it using Arnold's strategies of coating himself with mud to hide his heat signature.) Predators actually stops the story halfway through so all of the characters can gather around Alice Braga as she summarizes the plot of the original film - "Guatemala '87". Naturally, it made me wish I was watching the original Predator instead. Topher Grace's presence in the movie is like a big sore thumb until the "shocking" third act reveal, yet his survival into the third act makes no sense whatsoever if you think about it. Lawrence Fishburne chews scenery in a cameo as a man who has survived in the Predators' preserve for "ten seasons". Whatever he's been eating during those ten seasons sure has packed on the pounds. The "classic" Predator is depicted as a big bitch, an inferior class hunted by an even bigger, uglier Predator. There are also Predator dogs; Predators' best friends.
Posted by Back of the Head at 9:37 AM