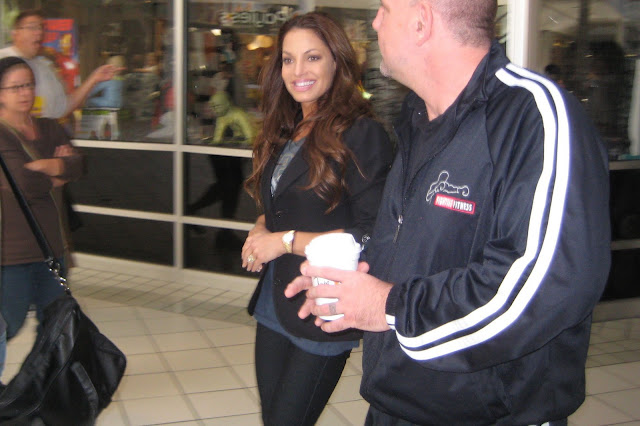 The Stratusphere Tour was in full swing. Lance Jr and I hauled our asses from Boston to Waterbury, CT on a Saturday morning to meet the seven time WWE Women's Champion and the greatest WWE Diva of all-time. A couple hours driving down, a couple of hours in line... and Trish Stratus was absolutely worth it.

During the wait, Lance and I tried to think of who else we'd make such an effort for just to have a couple of minutes of interaction with. It's a very short list. Hulk Hogan. Ric Flair. Bret Hart.  Lance and/or I have met them all. The Undertaker? I met him (under the most random but most novel of circumstances). But honestly, not too many others would merit this kind of devotion. Trish occupies a rarefied air - a stratusphere of her own, if you will.

If I may name drop Mick Foley-style (I've met him too), I've met movie stars like Meryl Streep, Julia Roberts, Vin Diesel, Brittany Murphy, Joaquin Phoenix, and Liv Tyler. TV stars like Andy Richter. Supermodels like Naomi Campbell. Current WWE Superstars and Divas? I've pretty much met them all over the course of a couple of Axxess events. Point is, I've met and even worked with plenty of celebrities and in my business, I'll meet and work with many more. I don't often get starstruck.

With Trish, I got starstruck. And I told her so; first thing I said to her, I believe. It was kind of embarrassing. She was super cool about it, welcoming, warm, and sweet. When you meet her, Trish doesn't keep it formal or standoffish. She looks you in the eye, smiles that million-megawatt smile at you, asks you your name and calls you by your name as she talks to you. She doesn't herd you along, she actually talks to you. 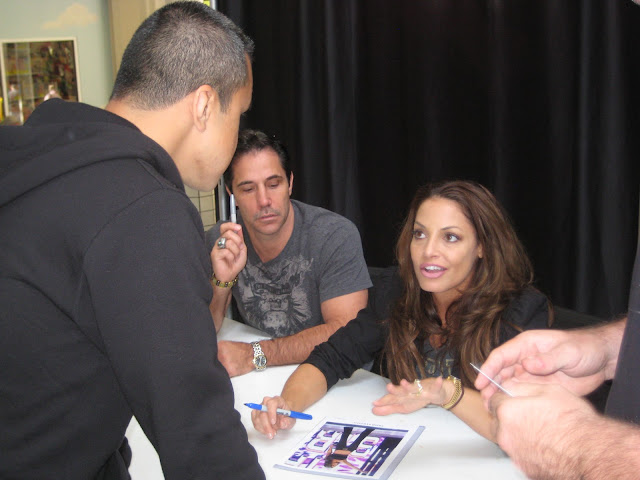 Trish is quite a comedienne and I worked out a couple of jokes to hit her with when I got up to the table, like inviting her out to Bobby Flay's Burger Palace at Mohegan Sun with us because I know she loves burgers and fries. I also wanted to shoot the breeze with her a bit about movies because she's branching out into films and that's my primary interest. Nope, blanked out. Looking back, I'm surprised I kept my wits about me enough to ask her about her upcoming movie Bail Enforcers. She explained how close they are to finishing production on it and I think I mentioned how excited I am to see it. I'm glad I was able to ask her about her movie and she seemed excited to talk about it, as opposed to the same old wrestling questions she probably got asked a million times on her Stratusphere Tour. But slick, witty barbs like I imagined I'd trade with her? Forget about it. Totally, utterly, starstuck. 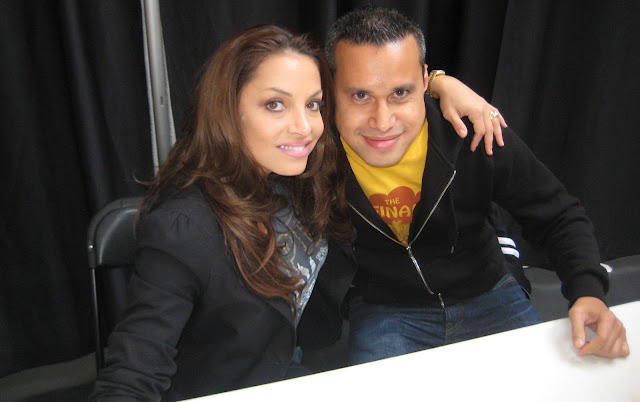 After I posed with Trish for our photo, it was Lance's turn and I stood to the side of the stage, still zoned out from excitement and adrenaline. Then when Lance was done, Trish turned and saw I was still there and said, something like, "Bye, John!" "John", she said. She remembered my name! For the brief period of time she interacts with you, Trish makes the effort to treat everyone as a person, to give them a genuine experience even for just a minute or two. That's a je ne sais quois quality to have, and a mark of why she's so successful at everything she does. Certainly, she validated why she's the best Diva ever. Not just the best Diva, one of the best ever, period.

In the end, I learned there is a percentage of Stratusfaction greater than 100%. Thank you very much for the pleasure and memories of meeting you, Trish. Next time we meet, how about that burger? 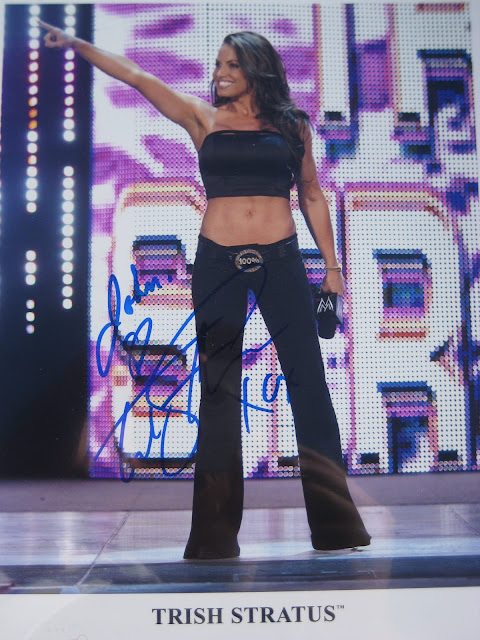