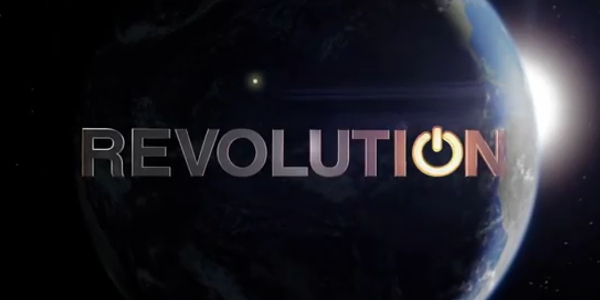 I find it hard to fathom no one took the script to #Revolution episode 6, tossed it in the air and said, "Are you fucking kidding me?!"
— John Orquiola (@BackoftheHead) October 30, 2012


Two weeks ago, I thought Revolution turned a corner, but I guess that corner lead to What The Fuck Is This Boulevard?

To save Nora's life from her stabbing by Frank Lapidus in the train episode, Miles takes her and the group to the home of a heroin dealer named Drexel, played by The Worst Actor Yet In Revolution And That's Saying Something. The teasers for the episode made it seem like he would Indecent Proposal Charlie since he oogles her up and down, but no, the Proposal was less Indecent and more Insipid: He wanted Charlie to pretend to be one of his prostitutes and go to his Irish arch enemies' house and kill the head Irishman, Bill O'Halloran, via, his specific orders, stabbing in the eye with a blade inside a chopstick.

Drexel calls the Irish a bunch of "potato-eating leprechauns." Begorrah!

Sucks to be Charlie. First sexy bath in weeks and she can't even relax for five minutes without TRAUMATIC PARENTAL FLASHBACKS. #Revolution
— John Orquiola (@BackoftheHead) October 30, 2012

To my (un)trained(?) eye, the girl getting in and out of the bathtub was a body double for Tracy Spiridakos.

The moral quandry by Aaron Google Beard Man was that Charlie can't murder an innocent man in cold blood. Well, who says he's innocent? All he did was burn Drexel's poppy fields, whereas Drexel is clearly an unbalanced asshole with armed guards holding them hostage and blackmailing them. But Charlie says she'll do it anyway because she has no choice. Then Drexel, in the spirit of authenticity since he's known to "rough up his girls", hauls off and BITCH SLAPS Charlie in the LOL Moment of the series so far. Then Charlie, wearing a sexy hooker dress and heels, goes to go murder.

But oops, Drexel neglected to mention if Charlie murders Bill O'Halloran, she will surely be murdered in return by the Irish. Miles somehow didn't reason that out, what with how sloppy and nonsensical the plan was to begin with. Aaron then moralizes to Miles, who decides he has to leave Nora under Aaron's protection after all and go save his niece from murdering and being murdered in return. To do this, Miles must murder his way out of Drexel's mansion.

Charlie nearly screws up her murder of Bill O'Halloran but just when she tearfully is about to commit the murder, Miles stays her hand. No murder! And because there was no murder, somehow, Charlie and Miles were able to leave the Irish compound scot free without being pursued or anything.

Nora must have been awfully confused when after being unconscious from septic shock, she awakens via shot of adrenaline to find herself in the backyard of a mansion surrounded by men with torches and rifles and facing Aaron, whom she must duel with guns to the death. Aaron shoots himself in the chest, feints being dead, then shoots Drexel dead via murder. And somehow, all of Drexel's men were cool about this. I mean, real chill. "Get your crap and get out" chill.

Flashbacks involve Aaron Google Man and his Asian Trophy Wife. In the months after the Blackout, Aaron realized as a wealthy Google Man, he has no helpful skills to keep himself or his wife safe in this savage new world. Thus, he leaves her in the woods. This is tragic, or something. Aaron, by the way, had a different pair of glasses when the Blackout hit, had no glasses in the 8 months after the Blackout, and now has an entirely new pair of glasses. Somewhere after ditching his wife, he must have stumbled upon a Lenscrafters.

Finally, Danny is reunited with his mom Rachel, under Monroe's protection. Hug it out.