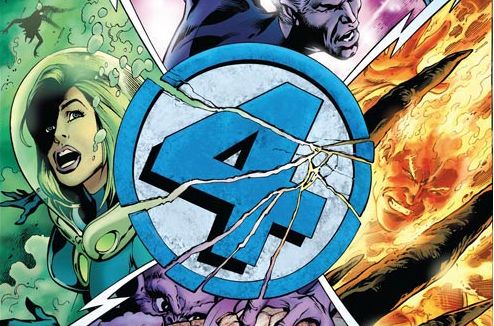 ** SPOILERS **
Fantastic Three, or "FF" as the "new" comic book will be called, can't last long. For what is the Fantastic Four without the alliteration? It's always been the secret to their success.

I read the pivotal, game-changing, monumental, blockbuster issue last night. Considering it's a middle chapter in a multi-part storyline, I had little idea what was going on. Namor and Galactus where there, the latter eating another planet, the former bowing down to the married (invisible) woman he's had the hots for for 50 years. But whatever, I was only reading for the death anyway.

The Star Trek II homage between Johnny Storm and Ben Grimm, good. The actual death of Johnny being torn apart by thousands of Negative Zone insectoids, bad. If I had to guess how the Human Torch would die, I never, ever would have come up with that.

But Johnny Storm died the way he lived: flaming on. 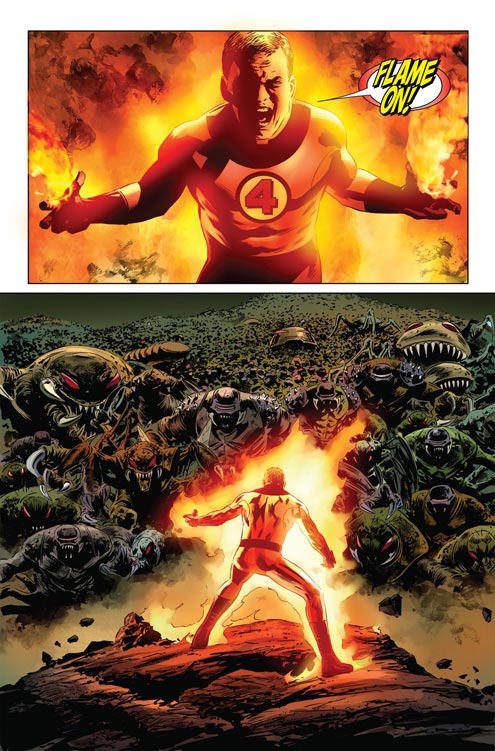 The biggest surprise for me was Valeria Richards. One, I didn't even realize she existed. (I knew about Franklin but that's how disconnected I've been with the Fantastic Four comics.) Two, I liked how intelligent she was. She's a chip off the old rubber band. (Or is she Dr. Doom's kid? Then she's a chip off the old Doombot.)
Posted by Back of the Head at 9:14 AM