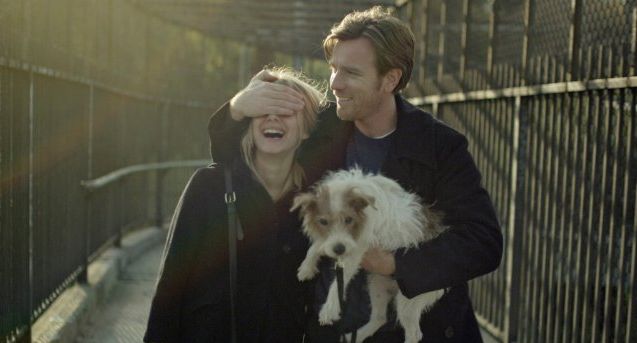 ** SPOILERS **
In Mike Mills' Beginners, Ewan McGregor learns two things from his elderly father Christopher Plummer that no man wants to hear: that he's dying of terminal cancer and that he's gay, and has always been gay, even when married to his mother. McGregor tells the story in flashback of really meeting his father's true self for the first time during Plummer's dying days, trying to be his primary caregiver as Plummer hides his illness from his new boyfriend Goran Visnjic. In the "present day" (Beginners is set in 2003), McGregor struggles to make sense of his lonely life as a commercial graphic designer. It's McGregor's good fortune he meets radiant Melanie Laurent at a party. Laurent is an actress with her own daddy issues. They are both lonely, damaged souls, both reaching for the ineffable, and together they are charming. Beginners alternates between melancholy and gallows humor, with some sweetness mixed in for good measure. Beginners is also surprisingly instructive about exactly what one does, which papers to file, how much obituaries cost, etc. if your parent dies. But Plummer did leave McGregor his beloved Jack Russell terrier Arthur for company; their "conversations", with Arthur's thoughts subtitled for the audience to read ("Though I can understand 150 words, I can't talk."), provide much-appreciated doses of whimsy.
Posted by Back of the Head at 2:19 PM