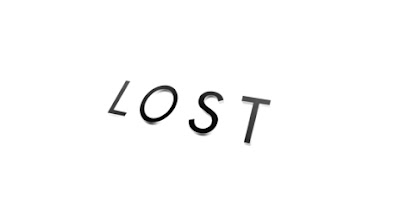 I'll kill you! I'll kill all of you! Kill! Kill! Kill! Die! Die! Die! That about sums up this week's mass murderific episode of Lost. Sayid alone murdered five people in two separate realities, and that was nothing compared to the Smoke Monster.

Poor Dogen. At least we got to hear his tragic and miserable back story before Sayid drowned him. Dogen's another guy who seemingly got screwed by a patented Jacob Faustian Bargain. His fight scene with Sayid was pretty sweet. Best Lost fight scene in a long, long time (my favorite is still Jack's rainy jungle throwdown with Ethan in season one). Dogen was feeling pretty despondent in how his crazy plans to get someone else to kill Sayid kept backfiring. That Sayid's like the Road Runner - he won't go down!

Poor Lennon. We hardly knew ye. But just like his namesake, he was murdered by a crazy Iraqi in a Lazarus Pit. (Wait, is that how John Lennon died? Aw, who cares.) Before Lennon got his throat cut, I was starting to feel pretty bad for him in the midst of the "Smoke Monster's Coming! We're bailing!" panic.

Lennon's head was spinning from the random arrivals alone: Claire strolled into the Temple, then Kate, then Sayid, then the Smoke Monster, then the Ben/Lapidus/Sun Group (sounds like an investment firm). Whatever happened to Temple security? Anyone can just saunter in from out of the jungle all of a sudden? Didn't they have an outer wall?

Miles was pretty awesome. Here's a guy who seems to be completely lacking purpose in the big picture but I think he understands how lucky he is to just be alive, so he's not rocking the boat. He's just directing traffic now.

"Hey Kate, you're back from the jungle. So's that blonde Australian chick. She's still hot."
"Hey Sun! Did you see your husband out in the jungle?"
"Hey, it's you guys! Lapidus! Ben! Remember when I blackmailed you for 3.2 million dollars? Yeah, good times. Let's get the hell out of here!"

Ben also seems to be completely stripped of his power and authority now. He ran like a jackrabbit from Evil Sayid. Maybe one day Ben will remember Sayid shot him when he was a kid. Or maybe he suddenly did. Or maybe he was scared shitless of the psychotic, knife-wielding Iraqi. (Likely.)

How did Jin go from TSA security to tied up in Keamy's walk-in freezer?

Poor Sayid only ever wants to be with Nadia and can't, but at least in Not Lost, she's alive. Who knew Sayid had a brother?*

I really liked how Kate told Claire about how she raised Aaron and came back so Claire and Aaron could be together. She handled that extremely well. Claire would have to be completely insane to not see Kate's sincerity. I also liked Claire being put in the Silence of the Lambs hole. "Claire puts the lotion on her skin or else she gets the hose again."

Kate's reactions to the Gone With The Wind shot of all the dead bodies strewn all over the Temple were great, and she kept that same face following Not Locke, Evil Claire, Evil Sayid, and the surviving Others out of the Temple.

I liked the look on Not Locke's face when he saw Kate: "Whoa, Kate. One of the top three main characters. I got Sawyer, I got Sayid, Claire, and now Kate. My Oceanic 815 All-Star collection is going really well!"

* Amendment: Who remembered Sayid had a brother? Clearly, I didn't.
Posted by Back of the Head at 10:40 AM