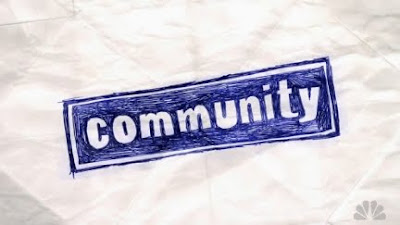 Troy: "I've spent a lot of money on tearaway clothes."

Jeff's girlfriend the teacher does nothing for me, but their relationship set up awesome scenes with Dean Pelton. The Dean is a fantastic supporting character. Has anyone noticed or cared that Professor Duncan hasn't been seen since Britta cheated in Spanish 101?

Pierce cracking wise in the audience was pretty much what I would think (but wouldn't vocalize) in that same situation.

Britta realizing she likes Jeff < Tom discovering he loves his wife on Parks and Rec. The difference? RON SWANSON isn't there waiting to steal Britta away.

I managed to get through this entire thing without mentioning Alison Brie. Oh, but how I want to rave about her.
Posted by Back of the Head at 10:49 AM