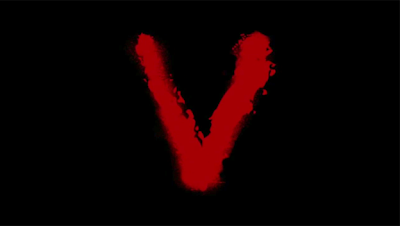 V felt a little sparse. I wish the pilot were two hours. I wonder how it played to people who'd never seen the original miniseries when it aired in the 80's, on DVD, or on Syfy over the last few days?

Having refreshed my memories of V thanks to Syfy, it was interesting how the new V zigged where the original zagged:
Although I cringed at the implications that Visitors positioned on Earth for decades are responsible for all our problems (the "unjust wars" line was a bit of an eyeroller), I was wondering what the fuck all this plot about the FBI investigating terrorist cells was about when there are ALIENS in this story. I really liked the reveal at the end that the Visitors are the cell.

Elizabeth Mitchell said the Visitors were arming themselves with the most powerful weapon out there: devotion. Really? Because the word that came to my mind was "sex." Morena Baccarin and Laura Vandervoort? I'd walk a mile to kiss those reptiles.
Posted by Back of the Head at 11:19 PM